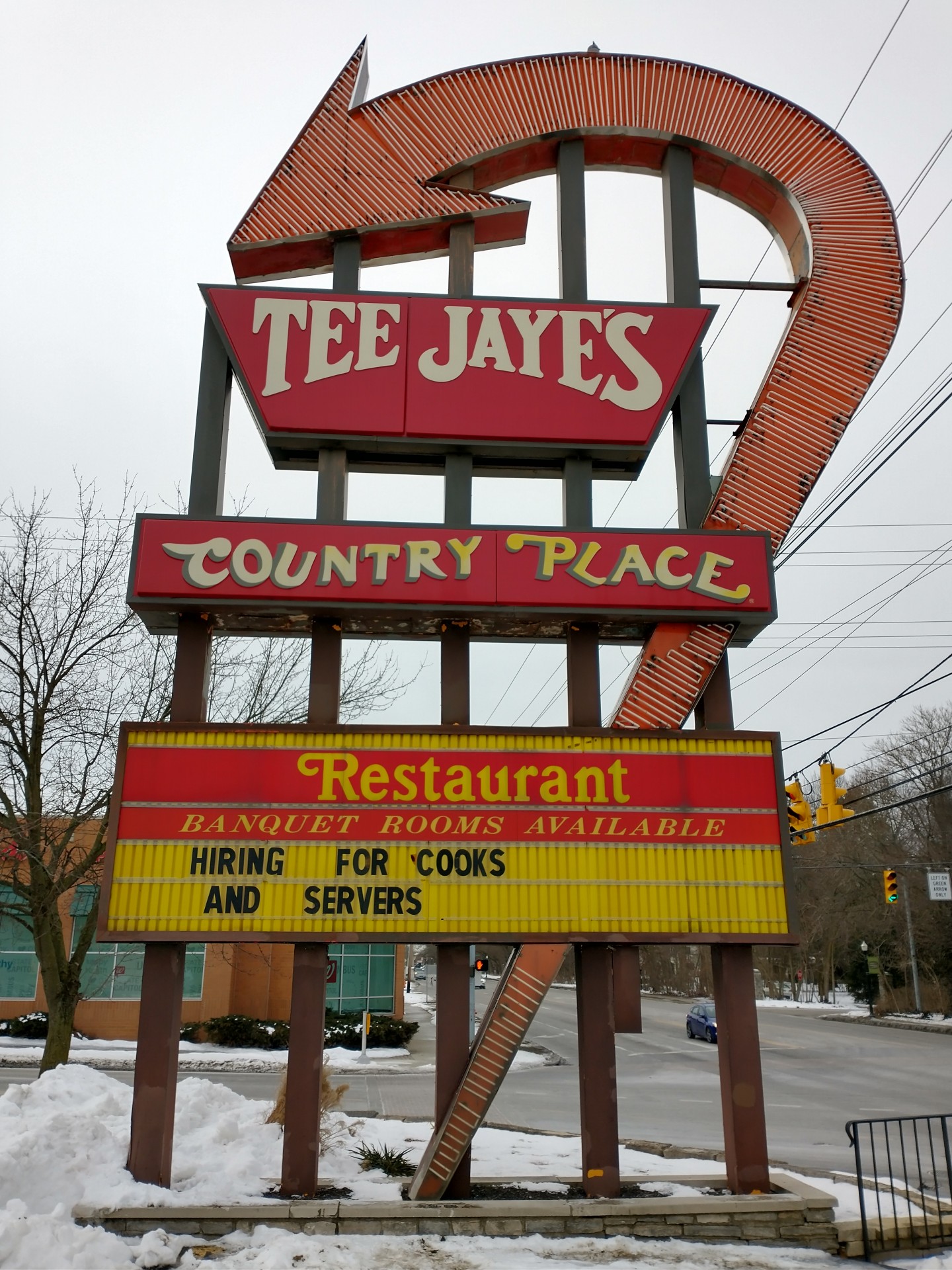 That landmark Tee Jaye’s sign looming over High Street and Morse Road could end up getting replaced with another easily recognizable one from fast food chain Chick-fil-A.

According to records from the city of Columbus website, a preliminary site compliance plan has been filed with the city’s Engineering Department to demolish the existing building at 4910 N. High St. and replace it with a new Chick-fil-A restaurant with a drive-thru.

Tee Jaye’s President Dayna Sandsten has said the 4910 N. High St. location will close because the owners of the property put the space up for sale. She said they’re actively looking for another space in the Clintonville-Beechwold area.

But unless Tee Jaye’s opts to take their sign with them, it could disappear.

Columbus Chief Zoning Official Chris Presutti said he’s aware of nothing that would require the sign to remain in its location. Because of its size, height, and placement, it actually would need city variances if it were proposed today. The next tenant could choose to use the sign, he said.

“The sign would never revert to the city in this case because it is private property located on private property, and so there is no rule or process by which the city would assume ownership or control over the sign,” Presutti said.

We reached out to Allan Wiley with Akron-based GBC Design, who was listed as the project applicant for the Chick-fil-A restaurant. We’ll update this story if he gets back to us.