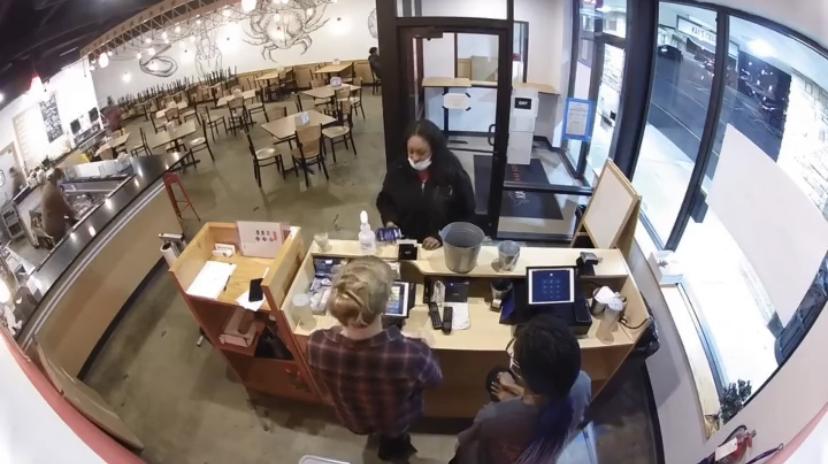 Employees last Friday evening at Kai’s Crab Boil hoping for an easy and problem-free shift ended up getting anything but that, as an angry guest ended up attacking a front of house worker.

Surveillance video captured the event, which took place—according to an Instagram post from Kai’s Crab Boil—just before 8:30 p.m. on Dec. 3.

The video shows a woman engaged in conversation with a pair of employees behind the restaurant’s front counter. After the employee appears to be explaining something to her for several seconds, the woman glances down at a cell phone before reaching across the counter and violently slapping the employee. The woman then left the restaurant.

It’s unclear whether or not she was a customer or third-party delivery driver attempting to pick up an order. Kai’s did not respond to a request for comment.

“No one should be subjected to this type of senseless acts of violence,” the restaurant said in a statement posted to their Instagram. “We need help in identifying this heinous individual. Thank you for any assistance! Our DMs are open.”

Kai’s Crab Boil, located at 839 Bethel Rd., has served seafood to the Columbus area since early 2018.