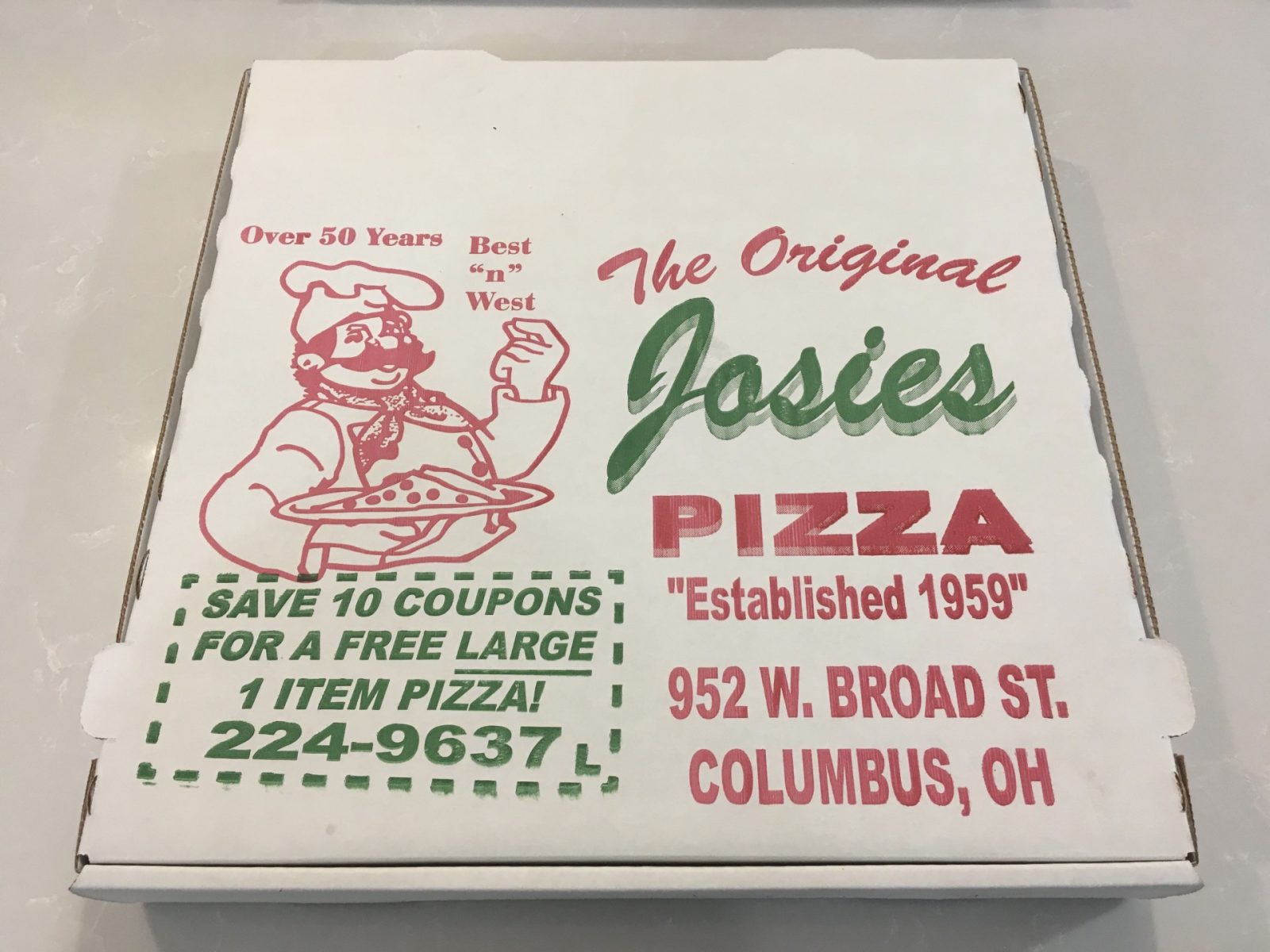 An owner confirmed the closure to us but declined to comment further.

The family-operated pizza place opened in 1959, according to its Facebook page.

Jim Ellison, who wrote about Josie’s as well as a plethora of other mom-and-pop, Columbus-area pizza places in his book, “Columbus Pizza: A Slice of History,” said when he interviewed Josie’s in December 2019, the business was doing well.

“The owners have a lot of pride in the business and have supported Franklinton and the Bottoms for a long time, especially by hiring residents,” Ellison said.

In his book, Ellison wrote that Placid Catalfina and his wife, Josephine, opened Josie’s Pizza (named for Josephine) in 1959 after purchasing the former Caito’s Pizza on 952 W. Broad St. Placid’s sons, John and Anthony, along with their two wives, eventually purchased Josie’s from their father in the 1980s. Over the years, the Catalfina children and extending family have served as employees.