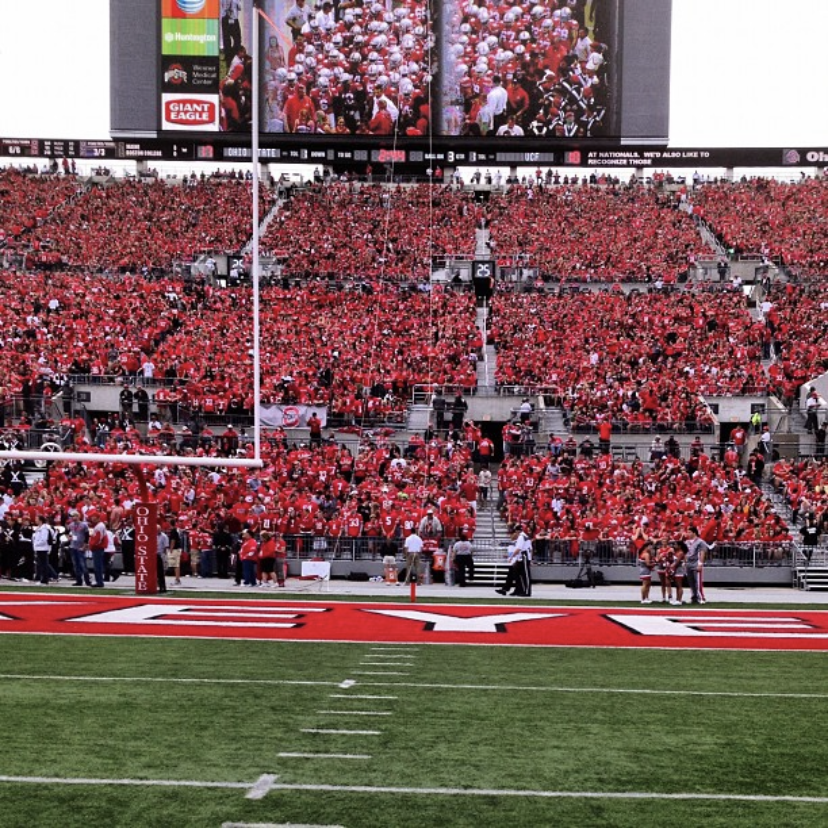 When the Buckeyes host their next marquee matchup on Oct. 30, they’ll be ditching the gray. And it’s no coincidence that this is happening against fourth-ranked Penn State.

A tweet from Ohio State football’s official account on Monday revealed that the Bucks will be donning their all-scarlet Color Rush uniforms against the Nittany Lions, and they’re encouraging fans to do the same.

A press release from the school’s athletic department offered more details. “The football program wants the color rush of all-scarlet to extend to the fans and the entire stadium as well. Fans are going to be encouraged to “scarlet the stadium” by layering up and wearing scarlet jerseys, sweatshirts, hoodies, sweaters, overcoats, and/or blankets,” a statement released Monday reads.

Penn State, which typically dons a navy blue and white color scheme, is known to host “white outs” for important home matchups. They last did so against Ohio State in 2018, a game the Buckeyes won, 27-26.

This means it’s difficult to see the Buckeyes opting for all scarlet against Penn State as just a coincidence. But hey, we’re down for it. And we’ll take any edge we can get. If each team’s current AP ranking holds, the matchup will be the first time since 2017 Ohio State (currently ranked 11th in the AP poll) enters a contest against Penn State with a lower national ranking.

If you like this, read: North to Nashville: Former Buckeye football player trades a playbook for the microphone