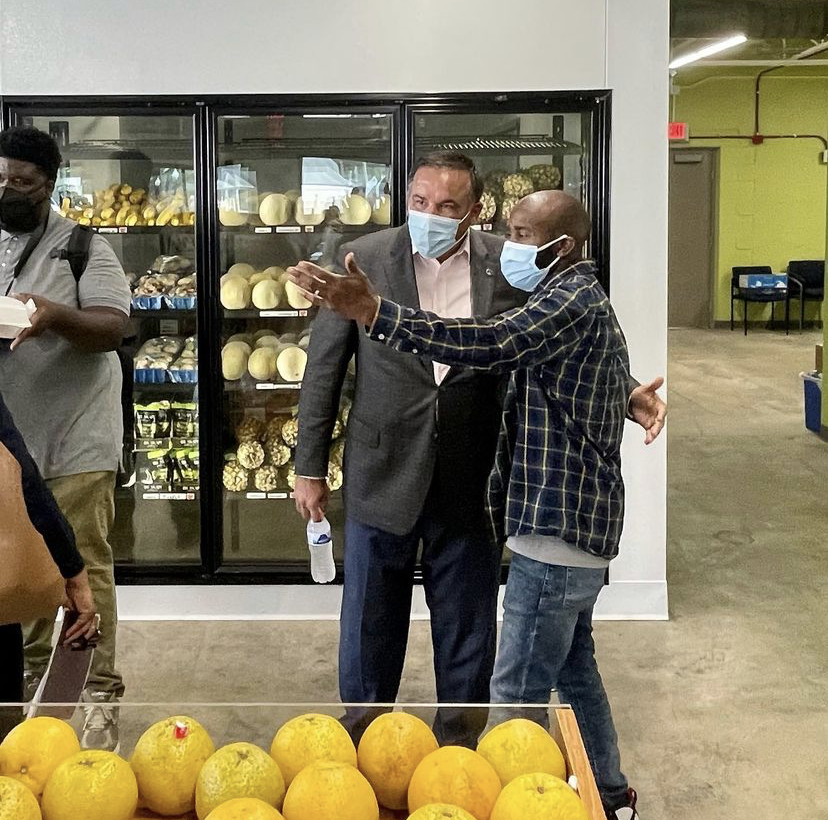 Out of Linden’s former Eagle Market, located at 1464 Cleveland Ave., another hub for groceries has just opened. This one is a bit different than the former supermarket, however: It will offer fresh and nutritious food, in addition to pharmacy services, for free to residents in need.

“A little more than a year ago, the city and like-minded community partners announced plans for the Linden Fresh Market, and we are proud to announce the opening of this neighborhood site of good will,” Ginther said in a statement. “The pledge to revitalize a piece of this treasured Columbus neighborhood was heralded by Columbus Next Generation, and their leadership from renovation to the opening is a testament to their vision for reviving underserved, yet vibrant, communities.”

Make sure to check out our coverage of the revitalization efforts in Linden, including last year’s plans for the Linden Fresh Market, here.

As the former Eagle Market site had become a nuisance property, it was purchased by the City of Columbus to use for a project that would benefit Linden residents.

The Fresh Market is overseen by the Charitable Pharmacy of Central Ohio, Community Development for All People, and Nationwide Children’s Hospital.

“Access to healthy food is critical for families to thrive, and we are excited to help improve this access for the Linden neighborhood,” said Rev. John Edgar, executive director at Community Development for All People. “Many Linden residents already shop at our All People’s Fresh Market on the South Side. Bringing the same quality food closer to home will ensure that the new Market will help many people eat better foods and live healthier lives.”

If you like this, read: Columbus vending machine company dishes out charitable donations alongside snacks