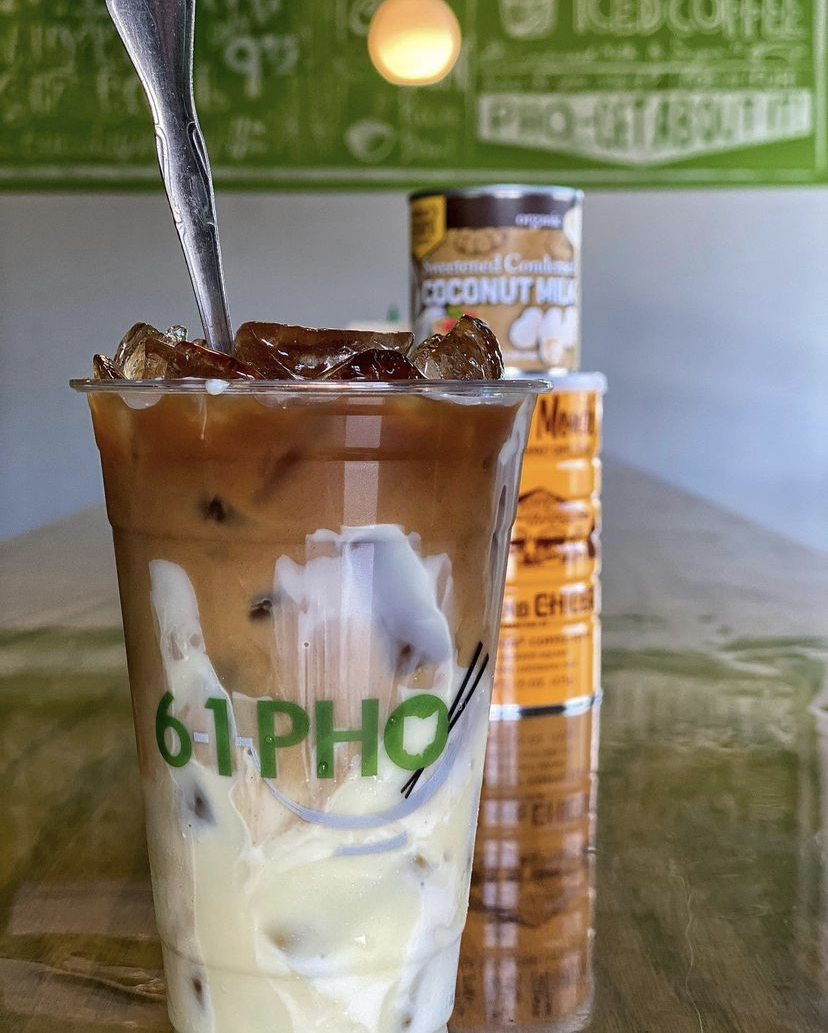 There’s a new caffeine-laden trend sweeping up Columbus, and it’s just begging to meet the fall weather headed our way.

Vietnamese iced coffee, or cà phê đá as it’s traditionally known, continues its quiet surge in popularity, and for good reason. To be clear, the drink isn’t just a regional blend of beans. It combines a strong, roast-heavy coffee with a rich and decadent serving of sweetened condensed milk.

“You end up with this thick but silky texture that’s great,” said Lisa Bui, who owns and operates the Clintonville Vietnamese hotspot 6-1-Pho with her husband Ian Capotosta.

According to Bui, the condensed milk does more than just create a pleasant texture for the beverage: It perfectly balances the strong, dark coffee.

“Although I think you could combine anything with condensed milk and it would balance it out,” she said with a laugh.

While a handful of Columbus spots serve up fantastic examples of the drink, many local Vietnamese coffee enthusiasts will agree that 6-1-Pho is among the best of the bunch.

While Vietnamese coffee beans and brands are often used to create the drink (imagine that), 6-1-Pho opts for the iconic New Orleans brand Café Du Monde instead.

“What a lot of people like about Vietnamese coffee is the dark roast and strong chicory-like flavor,” said Bui. “And Café Du Monde actually has chicory in it.”

When the Clintonville eatery first started serving their coffee, Bui opted to use a traditional Vietnamese filter known as a phin. But just like their choice of beans, this too was modernized. The restaurant now brews their coffee using a french press.

“When you’re making multiple drinks at once, it’s just too time-consuming,” Bui said. “You can’t have customers waiting 20 minutes for a coffee.”

And while some purists might be up in arms about these breaks from tradition, there’s something to be said about the way food allows two cultures to come together and create something that’s totally unique.

We’ll drink to that.

If you like this, read: Honey Cup Coffee Co. to open SoHud storefront