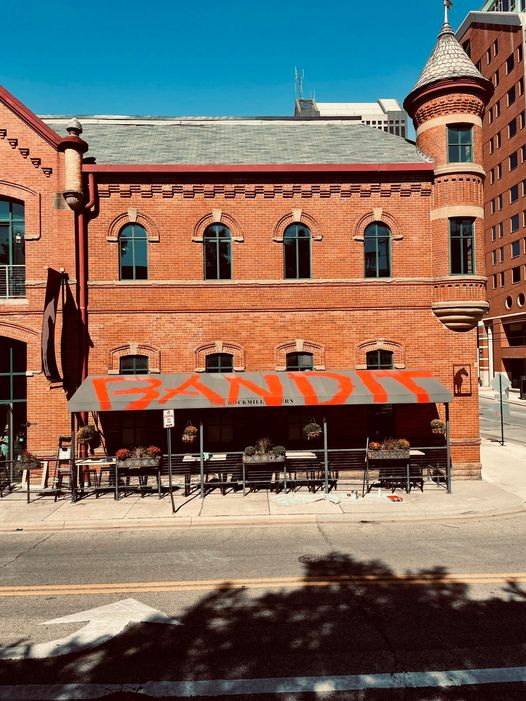 From sausage to eclairs, here are all the local pumpkin-spice foods you need to try

Rockmill has returned to the Brewery District, but has shifted its focus to a fresh line of pizza and beer pairings, as well as a sleek new look.

The iconic Belgian-focused brewery, which has been closed at its 503 Front St. location since May, re-opened its Brewery District spot yesterday. Instead of Rockmill Tavern (the name it had gone by since it first opened in 2016), it will now be known as Bandit Pizza & Pairings. Rockmill’s original Lancaster Brewery has not rebranded.

Bandit is currently carryout-only, although the spot plans to be open for dine-in customers soon. It’s open from 4-9 p.m. Wednesday through Sunday, and closed Monday and Tuesday.

According to Matthew Barbee, owner of Rockmill and Bandit, the new concept’s name was inspired by the history of the Rockmill Brewery property, which includes wagon robberies (and even murders) by highway outlaws along the area’s former trade routes.

“We wanted to do something that would be fresh and new and fun, but we wanted to draw it back to the farm, too,” he said. Barbee also noted the interior of the new space is modeled after Rockmill’s idea of a bandit’s hideout.

While wood-fired pies have been a staple at Rockmill Brewery (and the former Rockmill Tavern), the new concept will put an ever greater focus on pizza. The Bandit menu includes wood-fired options like Six-Shooter, with Thai peanut chicken, spicy coconut sauce, paneer, cilantro, and roasted peanuts, and even the Lobster Pie, with havarti-gouda bechamel, lemon and herb-marinated lobster meat, cherry tomato, red onion, parmesan, and micro greens.

Food and beer pairings have been a long-standing part of Rockmill Brewery, but the new concept is making them its explicit focus. One neat service wrinkle they’re offering: Bandit encourages customers to call in for pizza and beer recommendations.

According to Barbee, one of his favorite pairings combines the eatery’s classic pepperoni, called Priceless Heirloom, with Rockmill’s Dubbel. “There’s something about the earthiness of the hops we use that just works so well with the pepperoni,” he said.

If you like this, read: The Crest Gastropub opening new pizza concept