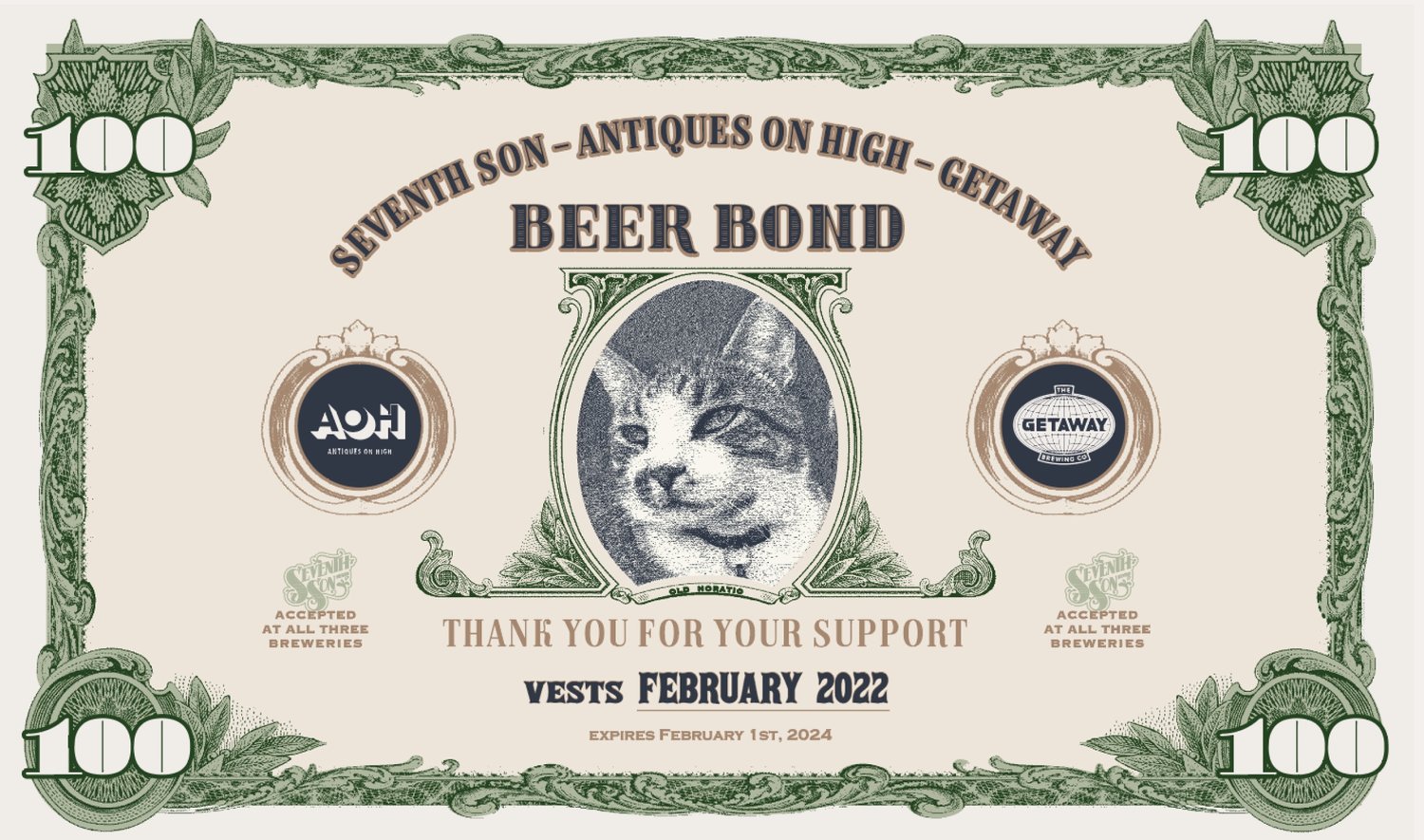 After being introduced last year, Seventh Son’s popular beer bonds will be back this for year.

This year’s bonds will officially go on sale today, and can be purchased here. They will be sold in limited quantities, so act fast if you want to grab any.

The bonds, which are redeemable at Seventh Son, Antiques on High and now Getaway Brewing (the newest brewery in the Seventh Son family), are available in amounts of $75 and $100.

According to Castore, the bonds are a quick—and fun—way to give the brewery a fast infusion of cash, and reward customers with real long-term value.

“It really is a way to hook up our biggest fans and let them know we appreciate them,” he said. “On the same note, January and February are some of our slowest months, so it helps to get that extra cash then, too.”

If you like this, read: New Bridge Park brewery officially opens tomorrow