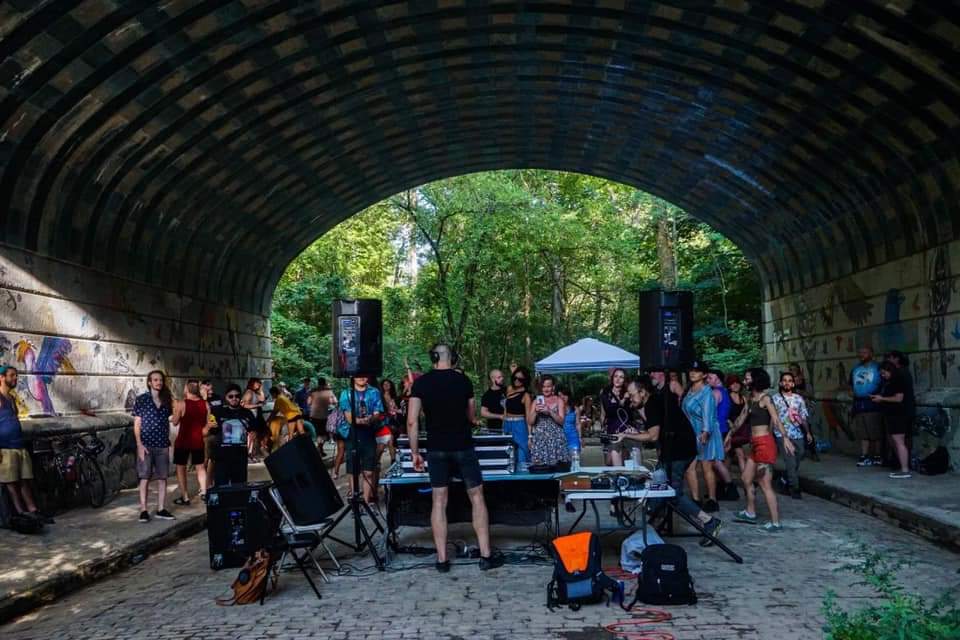 Hidden near the edge of Clintonville’s labyrinthine Glen Echo Park is massive tunnel decorated with a sprawling bird-themed mural. And while the tunnel is a cool enough secret, we have an even better one for you.

Annually, the tunnel is home to the Bird Tunnel Party, a large dance music gathering held over Labor Day weekend.

This year, Bird Tunnel Party will be taking place on Sept. 4.

The festival, which began in 2018, features music, yoga, picnic space and more. The annual event also has a non-profit collective of musicians sharing its name. The group raises money through donations every year to better Glen Echo Park and the area nearby.

And while many familiar with the Bird Tunnel mural know it’s in need of some touching up, help is on the way. The Bird Tunnel Party announced that Isabel Francis Bongue, an Ohio-based artist, will be creating a new mural for the space that will maintain the themes of birds and the natural world.