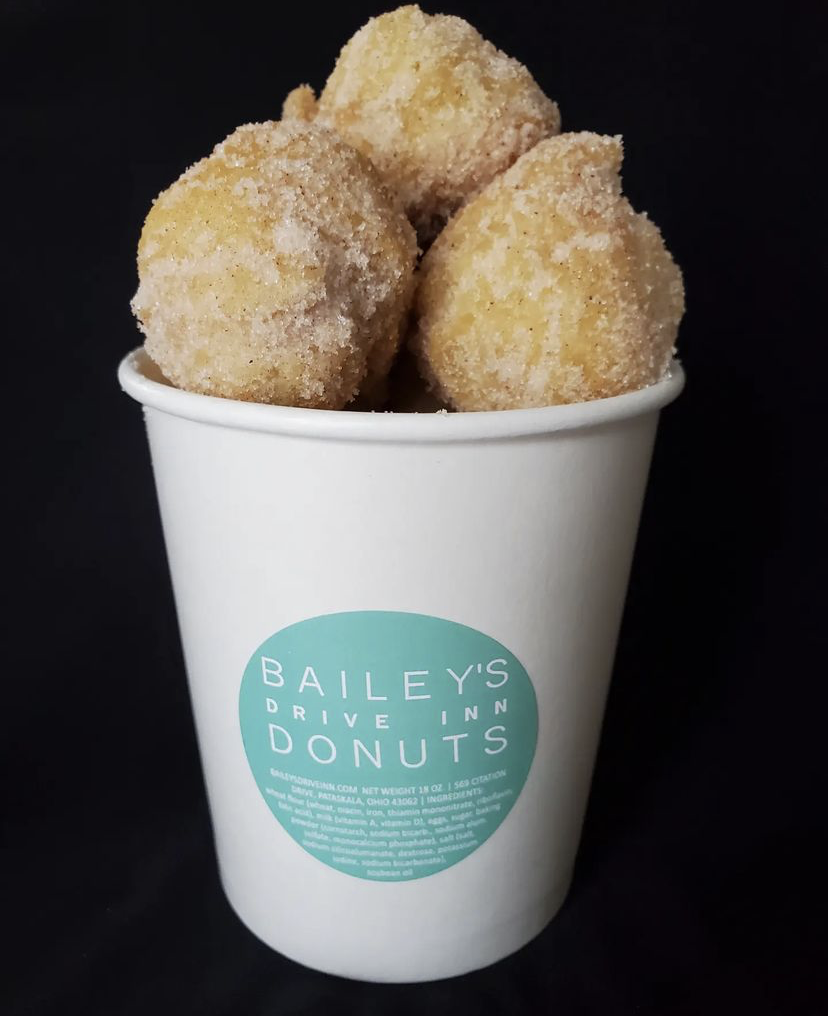 The Pataskala-based donut purveyor set up shop in 2014, and has been a regular fixture at several Columbus-area farmers markets, such as Dublin, Granville, Worthington and more ever since. They also offer local delivery in Pataskala and Granville, and are sold in a handful of East Side establishments.

Bailey’s will be officially taking over the Sugar kitchen on Jan. 31. It will take over the space from Fourteen Twenty Nine Bakery, which has been featured at Budd Dairy since Nov. 16.

According to co-owner Amy Nelson, the donut vendor will be opening its first brick and mortar space when it moves into the Italian Village food hall at the end of the month. Bailey’s take its name from an iconic (and now defunct) spot with the same name that opened in the 1950s in Bradbury, Ohio and was frequented by Amy Nelson’s husband and co-owner David nelson.

‘It’s exciting and humbling to be chosen to participate with Budd Dairy Food Hall,” Nelson said.

If you like this, read: Popular BBQ spot owned by former OSU, NFL standouts coming to Budd Dairy Food Hall