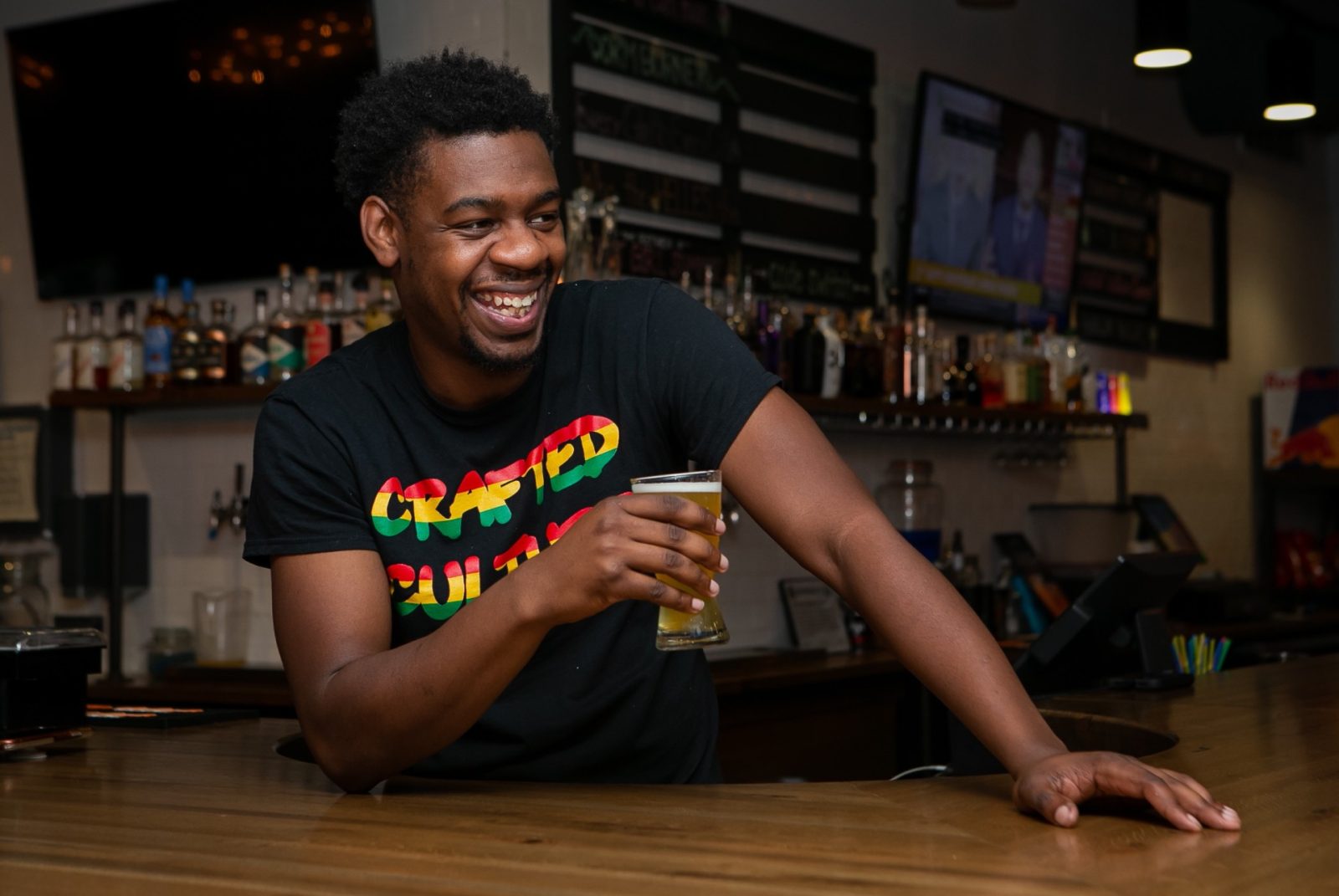 Anthony “Sizzle” Perry is a lifelong entrepreneur. “My grandfather bought me an ice cream truck when I was nine years old,” he said. “That was my summer job. I learned to count money. I learned inventory management. I learned about contracts, business licensing.”

At Gahanna Lincoln High School, he sold gum. Later, he co-owned a landscape business and tax preparation franchises. “I’ve always been the guy who wanted to make some money,” he admitted.

He’s also a single dad whose five children live with him.

He originally intended to open a craft beer/restaurant hybrid, and then, two days before Christmas 2019, he was denied the grant that would make it possible. ”I remember walking down my street in Worthington, crying, because I didn’t have anything left. I thought to myself, I can’t continue to go up and down like this in front of my kids. I’m done.

And his brother was right. One week later, Perry was sitting in a building in Gahanna, discussing a lease for the building that would become Crafted Culture, the first Black-owned brewery in Central Ohio.

Of course there were obstacles, such as grants to minority-owned businesses that have yet to be disbursed. “It was like a Bo Jackson running play: ‘You’re! not! stopping! us!’ That’s exactly how we felt.

“We opened our doors with the platform of equity and inclusion for everybody. We decided to die on the hill that we would only highlight Black-, minority-, and local-owned brands,” he continued. “We’ll be the megaphone for anybody who doesn’t have a voice within this industry.”

To that end, Perry and company can constantly be seen in Crafted Culture merch with the brewery’s catchphrase plastered across it. “Be(er) the change,” they read.

Many other Black-owned breweries across the country don’t have brick-and-mortar presence, so Crafted Culture is a special space. “We’re not just beer,” Perry said. “Our brand is unique.

“A lot of times, this feels like my grandmother’s house, where if enough people show up, it’s basically a cookout. Turn the music up. Let’s have a party. We’ve become this intersection for beer and Black culture.

“We have the chance to be that space for so many people who have walked into a place and thought ‘I’m the only one like me here.’”

Perry’s grandmother also comes into play during the brewery process as well, he noted. “My nana, her desserts were crazy. A lot of our more decadent beers draw inspiration from desserts she made.”

In their first ten months of operation, Crafted Culture’s measured economic impact on the minority sector of Columbus was over $2.5 million, he said.

But he’s not afraid to admit that he’s made mistakes, either. “I maintain that I’m ‘ignorance on fire’ at all times,” he said, laughing. “But whatever happens, it’s gonna take the shape that it needs to take.

“But I probably won’t live to see Crafted Culture be a success in my own terms, because it’s not a success until it feeds several generations.”

For now, though, he’s ahead of the game. “We always say ‘impact over incentive.’ We want to make a difference everywhere we go. If we don’t get rich making a difference, that’s fine—but if we can, let’s do that too!”

If you like this, read: Meet the whacky and wonderful Columbus native whose art helped shape Dirty Franks, Hoof Hearted Brewing