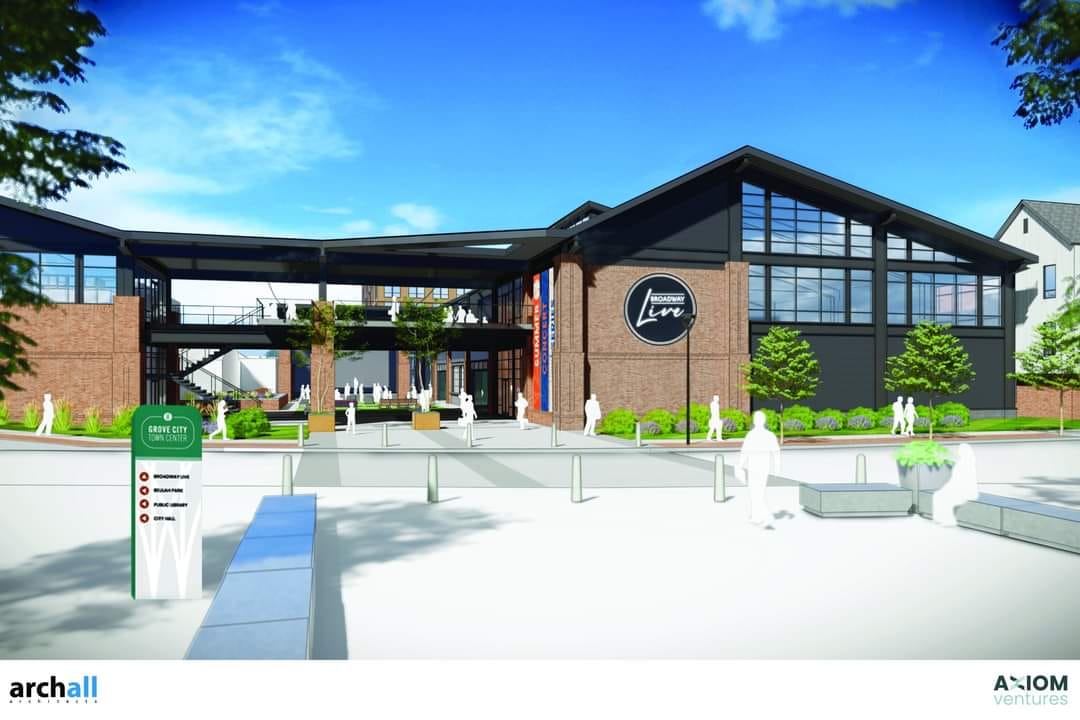 According to a press release, local development group Axiom Ventures is planning large mixed-use development called Broadway Live that would be located at Grove City’s Town Center. The project would create 200 apartment units, a 35,000 square foot food hall, a separate bar or restaurant and retail space.

“Our goal is to create a modern, urban community hub for dining and entertainment, while still maintaining the historic fabric of this great city’s Town Center,” Axiom Ventures co-owner Ethan Temianka said in a press release. “We didn’t want to simply cram in as many apartments as possible – we know this is a special site in a special city, and we want to build something that the residents of Grove City truly want. We believe this is the best vision to do that.”

The food hall would have space for eight food vendors, three dessert vendors, a full bar and even a small market.

Broadway Live will be presented to the Grove City Planning Commission in October or November, according to the press release.