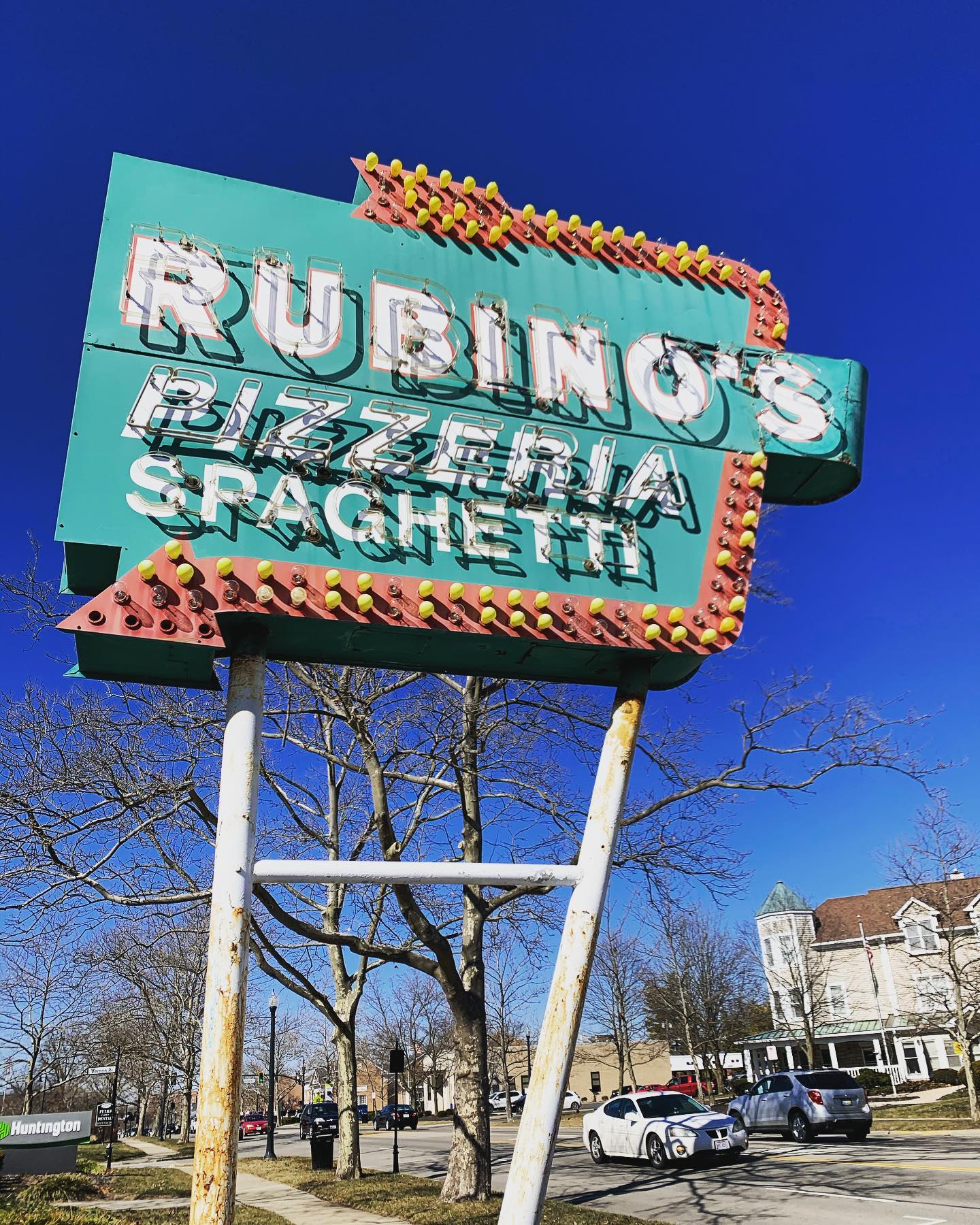 The Columbus food scene continues to evolve, adding takeout food halls and live-fire restaurants, but some things, like old-school pizzerias, have stayed the same for the better part of a century (or more).

We’ve compiled a list of some of our favorite long-standing local pizza spots, and while it won’t include every classic Columbus-style pizzeria, this list still highlights plenty of great ones, so get ready for a slice of the past.

According to Columbus pizza historian Jim Ellison, TAT was the first restaurant to serve pizza in Columbus. This means their thin, crispy pies–which are cut in longer, rectangular strips and make for a nice change of pace–have been offered since 1934.

While many of the city’s older pizzerias offer a dining room that takes you back in time, none do it quite as well as Rubino’s. This family-owned and cash-only spot (don’t worry, there’s an on-site ATM) still features a massive, neon marquee sign as well, which serves as a beacon of sorts for local pizza fans.

While Rubino’s has been around since 1954, Tommy’s gets the edge for the older pizzeria by a mere two years. Thomas Iacano opened the first Tommy’s in 1952, and the classic spot for thin and crispy pies hasn’t looked back since.

Started by Stephen Iacono–son of Thomas Iacono–in 1978, Iacono’s still operates a pair of pizzerias, one in the Upper Arlington area and another in Shawnee Hills. And while many Columbus pizzerias talk about a cracker-like crust, there’s something special–and especially cracker-like–about Iacono’s light, flakey crust

While the first Massey’s opened in 1953 in Whitehall, Romeo Siri plus Jim and Dan Massucci began serving pies at Romeo’s Pizza in Grandview four years earlier, in 1949. Today, Massey’s has expanded to nearly 20 locations, including one in South Carolina.

Apparently 1952 was a good year for Columbus pizza, since this is when both Tommy’s and Gatto’s first opened. The latter, which was launched by brothers Joe and Jimmy Gatto, relocated to a new space earlier this year (the former home of the Wildflower Cafe), but it’s been in Clintonville the entire time.

One year after Gatto’s and Rubino’s, the Angeletti family opened the first Ange’s Pizza location in Blacklick. Today, the popular spot has grown to offer six locations, and is serving pies in Clintonville, Gahanna, Hilliard, and Westerville, plus two locations on the north side of Columbus.

Named the top pizzeria in the area by the annual Pizza Connoisseurs of Columbus vote, Terita’s may be last on our list, but it is most definitely not the least. Gus Iannarino opened the first Terita’s on the north side in 1959, and the rest, as they, is (pizza) history.