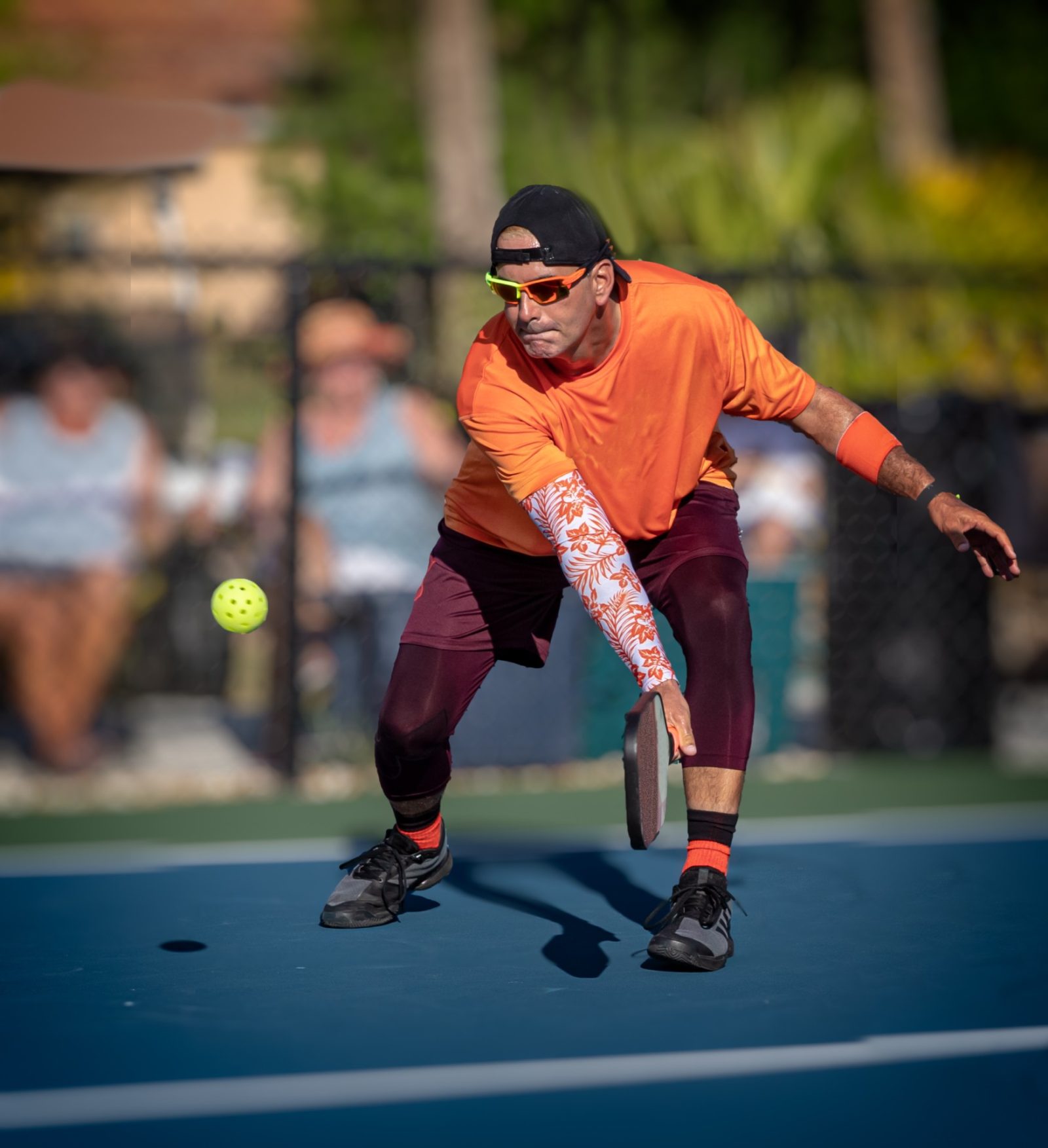 The racquet sport with an absurd name is suddenly rocketing beyond its retiree-friendly image.

Not that pickleball isn’t still retiree-friendly. Oh, it is. But it’s making waves with a younger crowd, and you might want to jump on this bandwagon.

“Everyone’s excited about pickleball in central Ohio, and pretty much all over the country,” said David Kass, continental real estate president and founder. Kass is bringing Columbus a new facility, Pickle & Chill, later this year.

Pickle & Chill joins Delaware’s Pickle Shack, which opened a club this summer and is planning another soon, in addition to the national chain Real Dill Pickleball Club, which is launching a restaurant and pickleball facility in the Polaris area next fall.

David Ganim, owner of Pickle Shack in Delaware, sums it up this way: “There are two kinds of people: pickleball addicts, and people who’ve never played pickleball. This sport, once you play it, it’s in your veins.”

So what’s all the fuss about? For starters, it’s easy, and it’s inexpensive.

“It doesn’t take long to get good enough to enjoy the game,” Ganim said. “You can learn the sport in about 30 minutes, and in an hour, you can have a great game.

“It’s a wiffle ball and a big ping pong paddle. For 19 bucks, you can be up and running.”

Then, there are the fitness benefits. Singles play, especially, is an “unbelievably good” workout for any age, Kass said. Even doubles play offers a lot of cardio benefits.

But what’s behind this trend of a younger and younger crowd?

Kass guessed that it started during COVID, when parents were looking for easy, inexpensive outdoor activities to do with their children.

“There really weren’t a lot of sports you could do in that small of an area outside,” he said. “Through word of mouth, it just kind of spread.”

However it started, it stuck.

“If you’re a family looking for something to do with your kids, this is amazing. Get the kids off of the gaming,” Ganim said. “And there’s nothing more fun you can do, sports-wise, as a couple. You can only go out and drink so much.”

Jeff Warrington, of Wapakoneta, is a 30-something who caught the pickleball bug three years ago.

“I’ve been into the bodybuilding scene and don’t like traditional cardio,” he said. A friend suggested he try pickleball.

“I walk in, see a bunch of 60 year olds, and I’m like ‘Hey, dude, I have no interest in this,’” Warrington recalled. Still, he picked up a paddle, gave it a shot, and “got my butt kicked by the older folks.”

It was enough to get him hooked. Now, he and his team partner play all across the United States, traveling to Columbus fairly often.

Then, there’s the community. Pickle Shack has team building events, parties, even potlucks.

“More than any other racquet sport, there’s a sense of community that I’ve never seen before. You’re exposed to so many different people; it’s amazing,” Ganim said. “Today, friendships were made on pickleball courts.”

“This [sport] could be the next 40 years, if I want it to be, but the bigger thing is the camaraderie,” he said. “Everywhere you go, it’s the most welcoming sport on earth. It’s so encouraging, in comparison to a lot of other things. It’s such an open community.”

It’s growing so fast that last year saw the birth of Major League Pickleball. Yes, Columbus has a team (The Bus). Pickle & Chill’s grand opening in October will feature an MLP competition, the finals of which are planned to be televised on CBS.

And in the meantime, the venue owners are hard at work building indoor and outdoor courts, licensing food and beverage sales, and planning for the membership boom that’s already coming in hot. (Pickle Shack sold more than 200 memberships in its first seven days of operation.)

“We’re all out trying to get some exercise, but we’re also trying to enjoy life,” Ganim said. “And this sport does that better than any sport I’ve ever seen.”