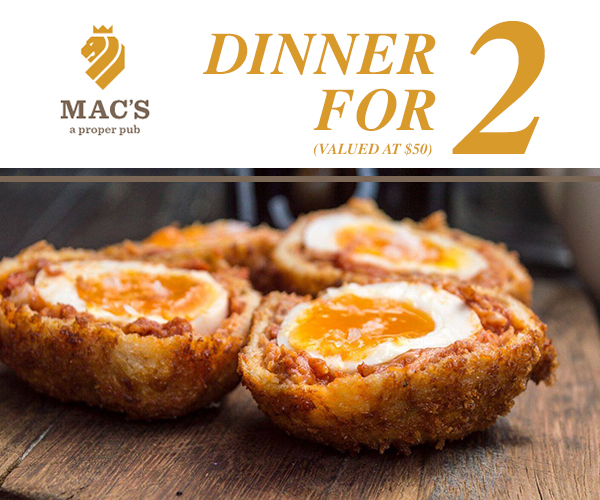 Last month, I was invited to be a part of the panel at the Columbus Metropolitan Club’s 40th summer celebration and annual meeting.

For those who know me, “metropolitan” isn’t the first adjective that comes to mind.

So, naturally, I panicked a bit.

Seated on the same stage as Columbus historian Jeff Darbee, County Commissioner John O’Grady, and Yvette McGee Brown and being asked to tell the “story of Columbus” for an organization older than I am, I was suddenly gripped with the fear that I may be out of my depth. It’s only natural that a man who was writing about high school sports just 10 years ago would feel a little humbled in the presence of O’Grady, whose father used to take calls from Ted Kennedy, and Brown, who was the first African American female appointed to the Ohio Supreme Court.

But a funny thing happened on the way to the forum: I realized I was there for a reason. I was there to represent you, physically, in the same way (614) has for the past six and a half years. One month away from turning 36—and with a hairline that’s about 59—somehow I was representing the new Columbus.

Beyond it being an honor, it ended up becoming one of the most enlightening experiences of my career. All the panelists shared their own viewpoints of Columbus—the people and events that have made an impact on their version of the city—and the responses (from development advocates and government officials to arts visionaries and civil rights leaders) were as diverse as the crowd.

On my way back to the office (deadline waits for no panelist), the effect of the night started to swirl in my brain, drawing parallels to a major theme of this month’s magazine: you can always find a new perspective on a city like ours.

And like that panel discussion, there’s often an intriguing overlap between Then and Now. The rest of the panel seemed just as fascinated by stories about Independents’ Day and Nina West as I was of tales about former mayor Buck Rinehart firing up a wrecking ball personally when he grew tired of a stalled demolition downtown.

Look at our series “Uncovering Columbus,” featured in this month’s issue (page 56): each and every one of our photojournalists provided an unexpected take on the city, and each included some nod to both past and present. Andy Spear’s painstaking portrait of the old-school Columbus Motor Speedway; Suzanne Gipson’s whimsical trip through an urban farm just a few blocks from a Clintonville freeway exit; Adam Elkins’s fascination with a new view of our familiar architecture; or Maria Levitov’s exploration of rooftops and old bowling alleys—all perfectly encapsulate the narrative of past meeting present that this magazine hopes to accomplish every month.

What the panel at the Metropolitan Club and these exceptionally talented photographers revealed to me, again, was that there is always something new to discover in this city, and it may have been there all along. You just have to know where to look.