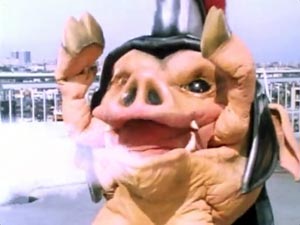 Crypto Outbreak Now Over 400 — Reportedly Will Get Worse, Before it Gets Better

The owner of Dick Cold Storage, Dan Dick, has settled on a plan to remove the 70 trailers worth of rotting ham on Columbus’s west side. Despite 614NOW’s best efforts to provide a suitable removal option, he has opted to take the ham to a landfill.

Dan Dick is certainly feeling the heat as the local neighbors were in absolute agony over the stench of the ham. Luckily, his recent procurement of the necessary permits allows him to start the demolition and removal of the ham.

“It’s like a dead animal smell. It would be tough to work in that environment. I am surprised they are still having them work right now, because the way the inside is and all the smoke. It was smoking a little bit this morning,” said Neighbor April May Justice to ABC6.

To put the issue to rest, Dick believes that the demolition should take care of the disgusting smell of decaying trailer ham. This is a huge loss for Dan Dick; nearly 90% of the food in his warehouse was burned.