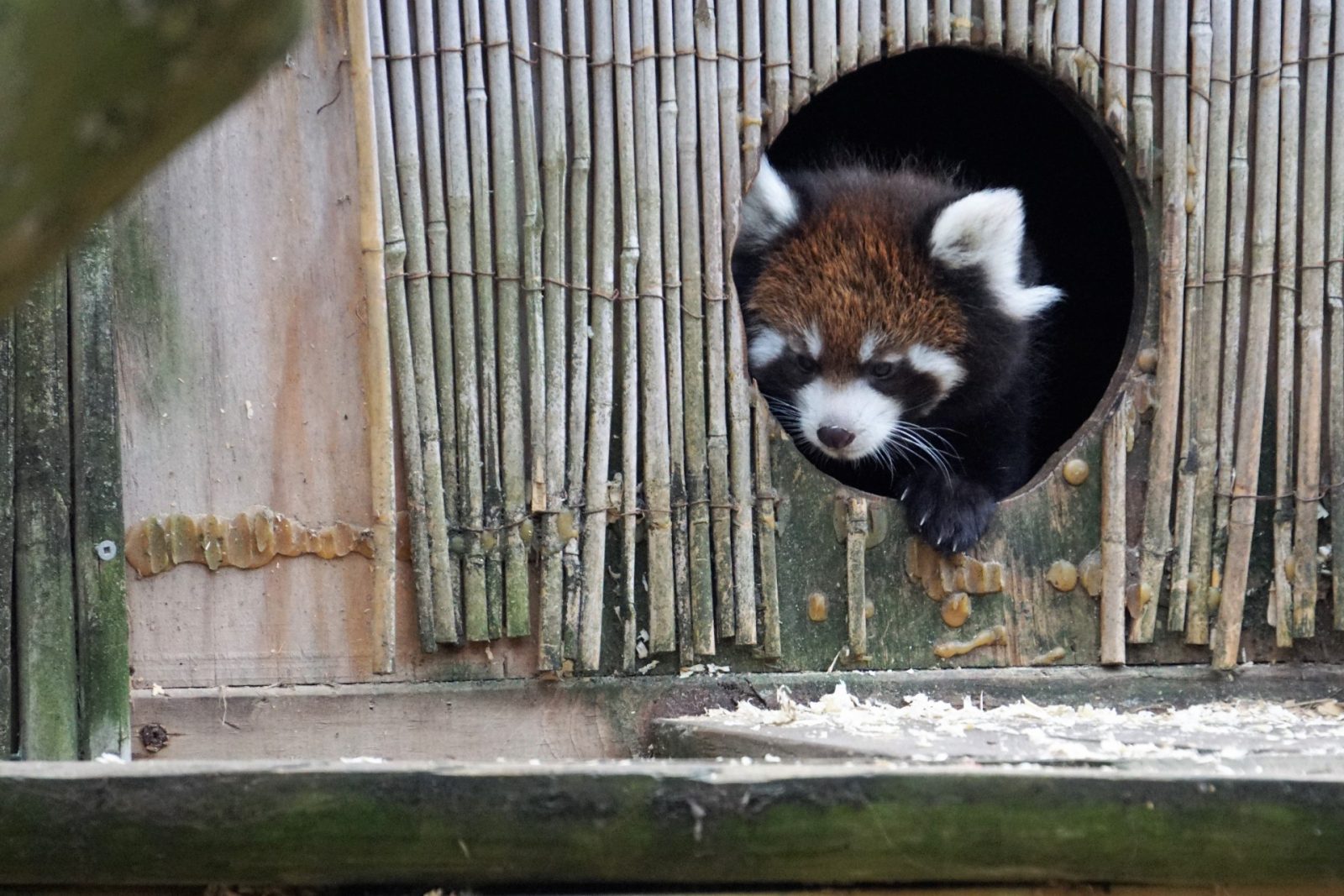 Two adventurous red panda cubs have been seen venturing out of their den and spending more and more time outside at the Columbus Zoo since they were first introduced to the public a little over a week ago.

The still-unnamed cubs–one male and one female–were born June 13 to parents Kora and General Tso.  The zoo says they will be providing updates on the naming process.

Red pandas are an endangered species native to the Himalayas and southwestern China.

It’s been quite an exciting year for Columbus’s red pandas, especially Kora.

She came to Columbus from Cincinnati at the end of January. The two-year-old panda alarmed keepers when she went missing July 22, and she was subsequently found safely just outside her enclosure a couple of days later.

Now her offspring have been leaving their nestbox to explore their own little world at the Columbus Zoo, and say hello to red panda watchers—while mom Kora watches them.