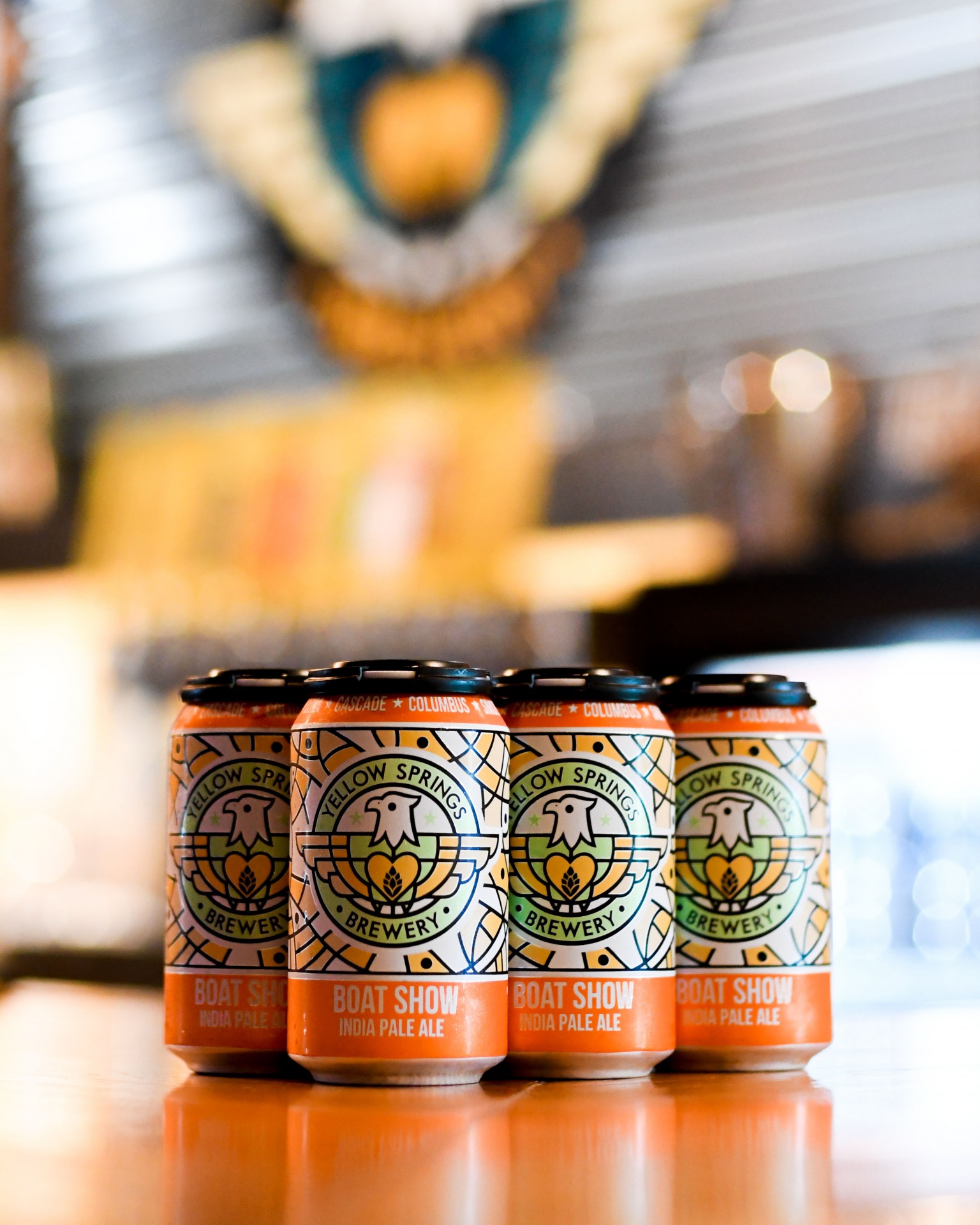 Slow down, or you’ll get brain freeze: Celebrate National Ice Cream Day with us.

We might be a bit biased, but we think Ohio is one of the best states for beer in the country.

From Jackie O’s to Columbus Brewing to Great Lakes in Cleveland: The Buckeye state is seriously stacked.

Competition is fierce, but every now and again a brew separates from the pack and gains some notoriety.

So consider this your official notice: If you only try one more Ohio-made IPA this year, make it Boat Show from Yellow Springs Brewery, a beer that’s quietly been making some serious waves in the Buckeye state this year.

Featuring a light body from crystal malt, this 7% ABV ale packs a burst of fruit-forward American hops (including Cascade, Columbus, Simcoe, and Citra), resulting in a beer that’s bright, full-flavored, and immensely drinkable.

According to Parek Hable of Savor Pint, a craft beer store at 4440 Indianola Ave., when the beer’s available, they simply can’t keep it in stock.

“When it first came a few years ago it actually wasn’t selling much at all. But then when people tried it and realized they loved it, the beer would sell out so quickly,” he said. “They stopped distributing up here for a few years, but then we started getting it again right around when the pandemic hit, and since then we haven’t been able to keep in on the shelves.”

An employee of an east-side beer and wine store agreed.

“It’s a little bit frustrating because we can’t get as much Boat Show as we want, but as soon as we get it, we sell out.”

According to Lisa Wolters, who owns Yellow Springs Brewery alongside her husband Nate Cornett, while the southeast Ohio beermakers (Yellow Springs is just under an hour’s drive from downtown Columbus) first opened in 2013, Boat Show didn’t come along until several years later, in 2016.

“It was about that time when we kind of rebranded our look; we were moving into cans. We hadn’t put an IPA into a can at that point; that’s where it came about, and we were working hard to put out a new IPA recipe,” said Wolters. “I think of Boat Show as almost a gateway IPA. It’s something your mom can drink; people who don’t necessarily love IPAs still like it.”

But as the brewery was working to put out their new beer—one that would eventually become a cornerstone for them—they still needed a name.

“Everybody was coming up with names; we had a giant chalkboard in our back office that people would always update, but nothing would stick,” Wolters said. “And then one day, a young guy who was working on our canning line came back and just confidently said: ‘Boat show. That’s the name.’ And that was it. He never explained where it came from, but it resonated with us, and everyone else came around on it as well.”

When Yellow Springs underwent their rebranding efforts in 2016, they were heavily into the Columbus market. But shortly after that, Wolters realized the brewery simply wasn’t able to make enough beer for Columbus while keeping up with demand in their own area, so they pulled out of the market here for some time.

In recent months, Boat Show has become a consistent presence in the Columbus market again, as the brewery has worked out how to send more of it our way. And Columbus craft drinkers—myself included—couldn’t be happier.

And while Wolters and the rest of the Yellow Springs team knew the beer was good when they first brewed it, even they couldn’t have anticipated the beer’s reception.

“Absolutely, it caught us off guard,” she said. “It’s almost taken on a bit of a life of its own, and quite frankly we can’t make enough of it.”

While the beer is roughly 65% of the brewery’s annual production, Wolters said they don’t want to become “just the Boat Show brewery.”

To me, that means one thing: if you see Boat Show, you buy Boat Show.