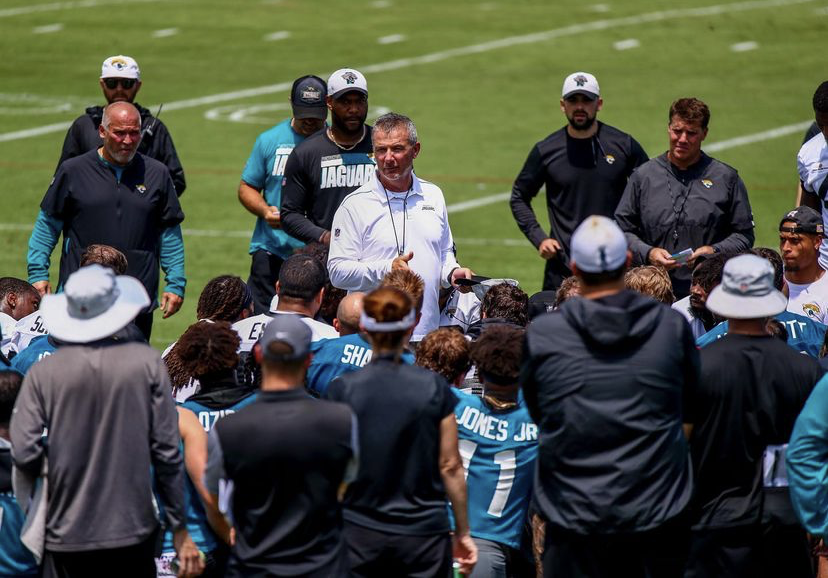 Meyer, a National Championship-winning coach with the Buckeyes, left retirement to coach the Jacksonville Jaguars earlier this year.

Recent reports described a staff meeting where Meyer insulted each of his assistant coaches.

“During a staff meeting, Meyer delivered a biting message that he’s a winner and his assistant coaches are losers, according to several people informed of the contents of the meeting, challenging each coach individually to explain when they’ve ever won and forcing them to defend their résumés,” the report said.

The report also stated that Meyer’s recent criticism of the team’s receivers prompted Marvin Jones—described as “one of the locker room’s most respected and mild-mannered veterans”—to leave the team facility. He reportedly later also engaged in a heated argument with Meyer during practice,

Several reports have stated that tensions between Meyer and his players and staff are running high in large part due to the team’s lack of sucesss. The Jaguars, at 2-10, currently boast the second-worst record in the NFL.

UPDATE: After the Jaguars were shut out 20-0 against the Tennessee Titans, Meyer addressed the issue in a postgame press conference, according to NFL insider Albert Beer.

“What’s the answer? Start leaking information or some nonsense? No. No, that’s nonsense, that’s garbage,” Meyer said, adding that if an employee was caught leaking information to the media, they would be fired. “If there is a source, that source is unemployed. I mean, within seconds. If there’s some source that’s doing that.”

Meyer also denied the NFL. com report, referring to it as “inaccurate,”

He also noted he would address the state of the locker room with his team today.

If you like this, read: Former Buckeyes coach Urban Meyer is trending for all the wrong reasons