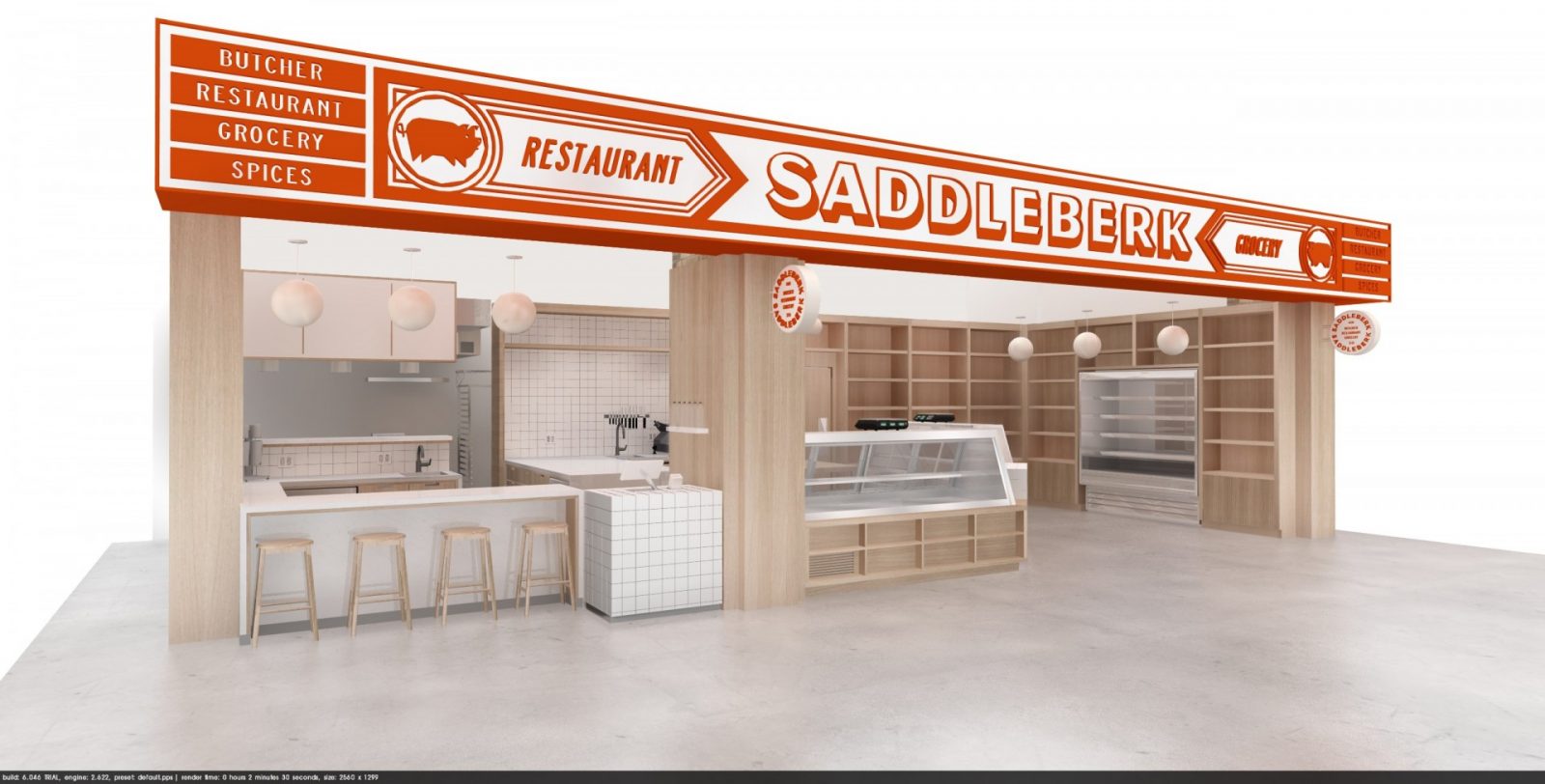 What we know about a new concept coming to Bridge Park

Saddleberk, a butcher, restaurant, and grocery, is slated to open in mid-summer at North Market Bridge Park, according to a release.

The concept, owned by Dave Rigo, Greg Lehman, and John Sommers, is an offshoot of a locally owned farm of the same name just outside Urbana, headed up by Rigo.

“A fresh butcher, grocery, and cafe is needed in the ever growing Bridge Park development,” Rigo told us. “Dublin is a fantastic community [that] appreciates elevated experiences, and that is what we intend to provide.”

Rigo said customers can expect a wide variety of fresh meat and deli options that are cut on site daily, as well as house-made sausage and charcuterie. The grocery portion of the concept will provide local produce, dairy, and dry goods.

“We expect to provide consistent, fun, Americana-style food that utilizes all of the fresh ingredients we have at our disposal,” Rigo said. “We aren’t trying to reinvent the wheel, but rather make sure we are providing fantastic food that people will remember.”

“We want to focus our energy on making this location a success but would love to explore more opportunities to further our brand around the central Ohio area,” he said.