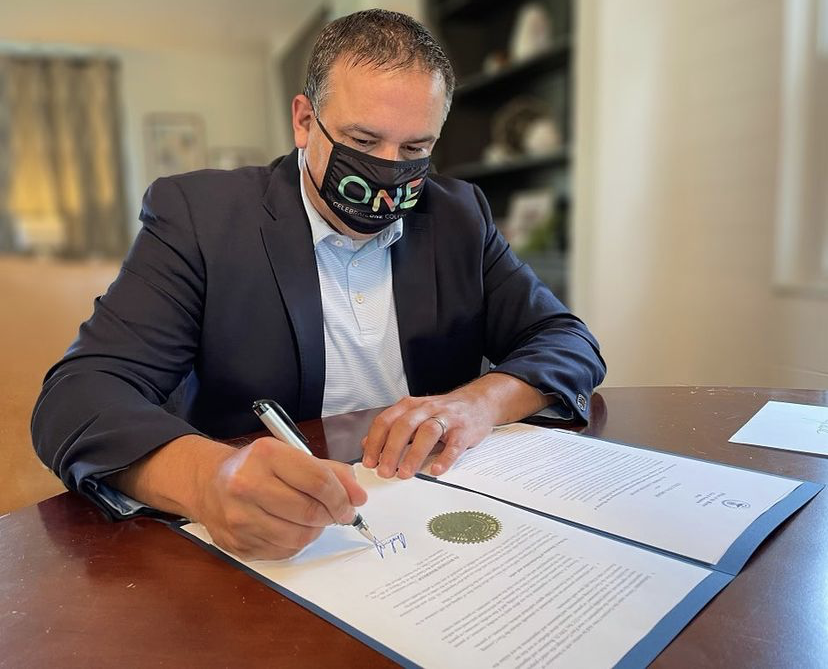 The last year and a half has been difficult on us all, but there’s little doubt that restaurants have been among the hardest hit by COVID-19.

And now there’s another issue on their plate.

The new executive order issued by Columbus Mayor Andrew Ginther requiring masks in all public indoor spaces provides a unique set of challenges for local eateries. But they’re not necessarily the ones you would expect.

For many restaurant owners, the mandate hasn’t yet affected the number of customers they’ve received.

According to Lisa Bui, owner of the Clintonville restaurant 6-1-Pho, her eatery hasn’t been any less busy since Ginther’s executive order went into effect on Friday, and she hasn’t heard any customer complaints, either.

In fact, business for spots like Moody Trudy’s—the sandwich shop occupying half of BrewDog’s Short North taproom—has been booming.

“We haven’t been affected by the mask mandate yet,” said owner Trudy King. “After the football game on Saturday was actually our busiest day yet.”

What King has seen, however, are some customers not complying with the mandate while inside her store.

“Not everybody is following [the mandate], and it can be irritating,” she said.

And in cases where restaurants are reprimanded for non-compliance, it’s the business——not the individual customers—that receives a fine.

Another complicating factor for restaurants is the fact that the current mandate is not state-wide like it previously was. While some neighboring municipalities like Bexley and Whitehall have followed suit with their own mandates, other Columbus-areas dining hubs—like Grandview Heights—have not.

This means—unless it’s required by the restaurant itself—customers don’t need to don a facial covering inside Grandview eateries.

And while it’s too early to tell what this means for restaurants in both Columbus and Grandview, one thing is for sure: it’s a complex issue, and one restaurants are still learning how to navigate.

For business owners like Bui, oftentimes just going with the flow of changing COVID regulations can be a difficult task.

“I’m scared that one wrong move could cause us to lose business,” she said. “Everyone has such a stance on these mandates and issues. We get the news just like everyone else about the changing policies.”