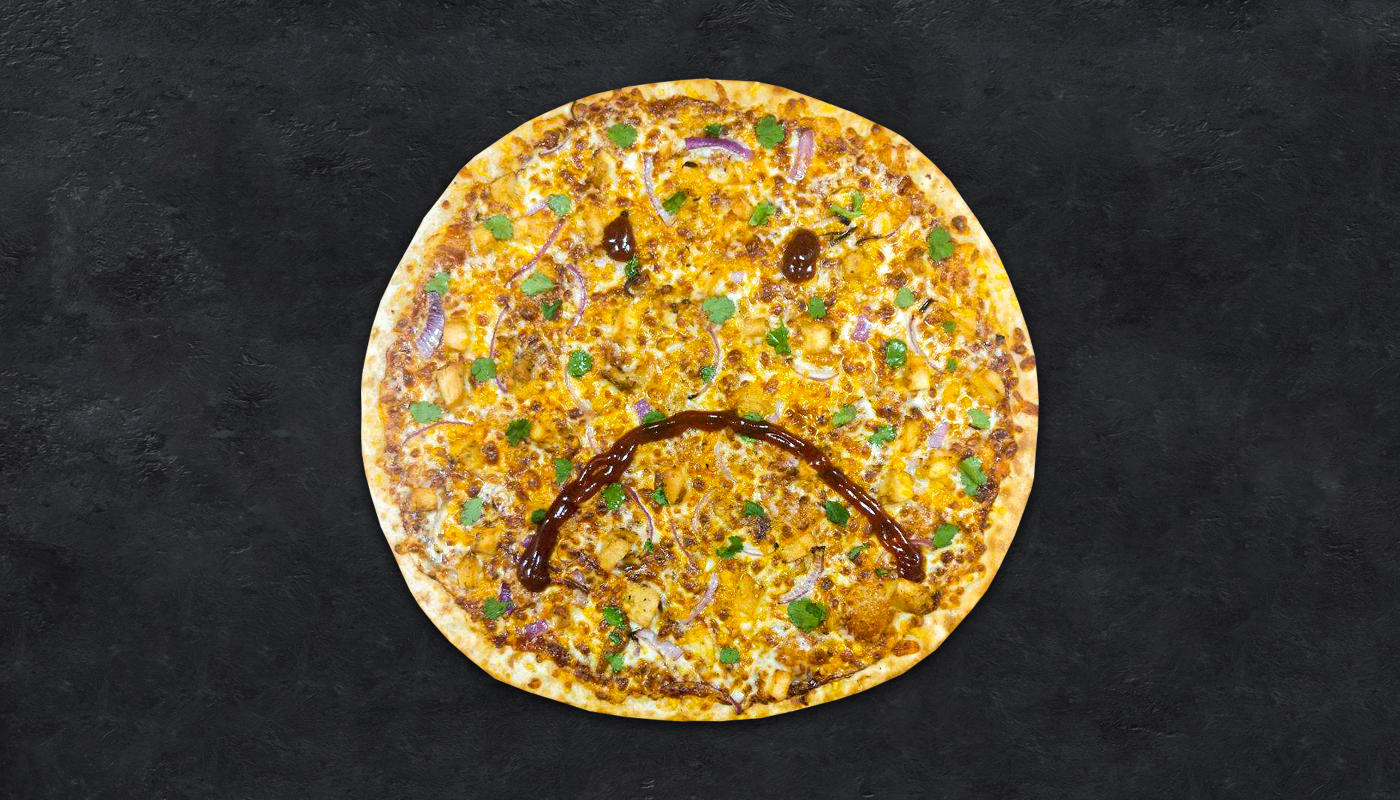 Sad Pie, one of the most original, and depressing  hilarious new restaurant concepts to come to Columbus, has blown up thanks to a TikTok with nearly one million views.

Break out your portable CD players and first generation ipods, because this new only-pizza spot is entirely themed around early aughts emo music.

Their menu includes pizzas such as the Mac Parade (riffing on The Black Parade from My Chemical Romance), Where Are You? & I’m So Sausage (“I Miss You” from Blink-182), and All Time Buffalo (the band All Time Low), served complete with a buffalo-sauce frowny face.

“Mike and I are such big fans of the genre, that one night while we were trying to come up with ideas, this popped in, and we were able to bang out about 95% of the menu,” said Eric Border, who owns Sad Pie alongside friends Mike Hammond and Peter Ostapowicz. The trio also owns the Columbus-based Pirate Pierogi.

But there are likely more fans of these throwback sad-boi ballads than the trio originally thought.

After Sad Pie, which launched in February, had been open for less than three months, the internet caught wind of the concept and ran with it.

First, on May 25 a Facebook user by the name of Austin Lawrence stumbled upon Sad Pie. He posted a screenshot of a delivery app with their page that earned over 3,000 likes.

The next day, TikTok user @Taylordestroy found the sad pie order page and after posting a video of herself animatedly singing the lyrics from the songs referenced by several of their menu items, collected over 931,000 views in less than a month.

And while the group of friends behind Sad Pies said their viral moment boosted sales and garnered more than a few laughs, there is one thing they would have done differently.

“One of the comments said we missed an opportunity not naming a pizza Ohio is for Meat Lovers,” Border said. “We fumbled the bag on that one, but all the rest I think we got.”

You can order your very own Sad Pies via most of the popular third-party delivery services, including Doordash and Uber Eats.

If you like this, read: This specialty pizza is staying on the market long-term