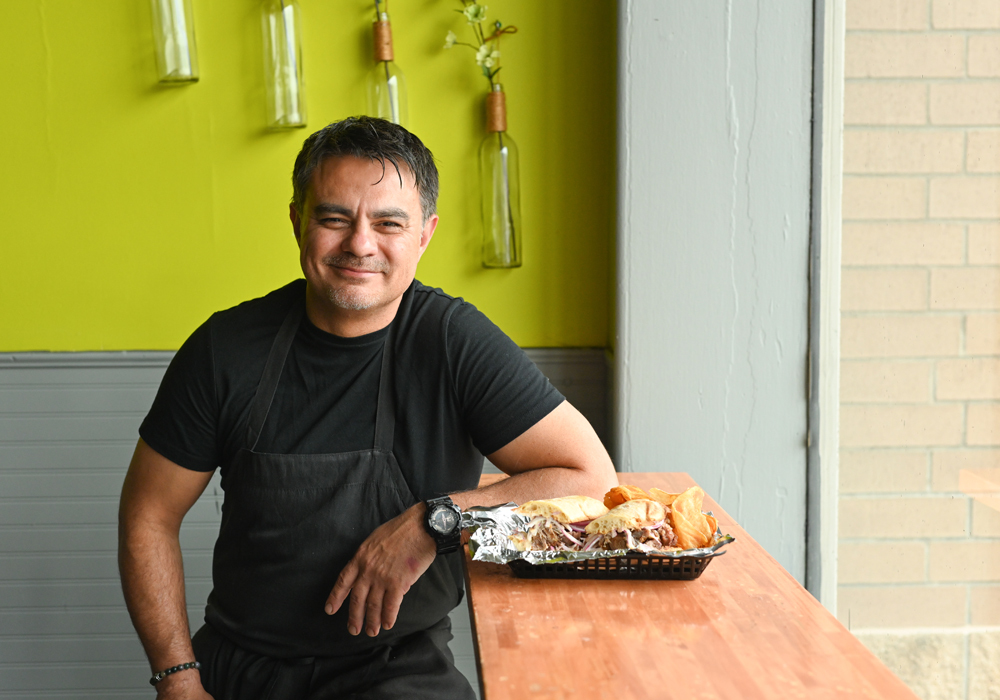 When Guillermo Perez first opened his popular sandwich shop in March of 2010, he was hedging his bets.

Perez knew his food would convert Columbusites. There was never any question about that. The problem, he thought, would be getting them to try it.

“Today, our name is Si, Senor Peruvian Sandwiches. But when we first opened, I left out the Peruvian part,” Perez said. “We were afraid people wouldn’t know what to make of it; that they might not like it.”

It didn’t take long, however, for him to realize that his fears were unwarranted.

“After a while, customers started asking me why I wasn’t just calling it a Peruvian restaurant. That was actually part of what they liked about it,” he said.

And speaking of things his customers like, Si Senor’s Chicharron Peruano Sandwich has remained one of their most popular items for a decade. Made from scratch, it features fried pork shoulder, pickled red onions (also called salsa criolla), and sweet potato mayo.

“It’s strange how things work,” Perez said. “This was one of the more Peruvian sandwiches, and I was afraid it wasn’t going to sell at first.”

Perez, who was born in Peru, is a restaurant veteran, having worked in nearly every position imaginable across a litany of Columbus eateries. But it wasn’t until meeting his wife, Christell Gózzer—who is also Peruvian—that he considered serving cuisine from his native country.

Referring to his sandwiches as a type of Peruvian street food, Perez noted that many of his recipes are based on traditional Peruvian ones: They’re things he grew up eating.

While Perez offers his guests a taste of his childhood, he also features standard American sandwiches delivered with a bit of Latin flair, such as the Latin Style Turkey Breast Club—with turkey, bacon, lettuce, tomato, jalapenos, provolone, and avocado mayo.

Despite the diversity of sandwiches on tap, visitors should be advised to save some room for dessert: Si Senor’s award-winning Tres Leches Cake was recognized as the best in Ohio by Yelp last year.

“The recipe for it came from the Internet, actually,” Perez said with a laugh. “My wife isn’t a cook herself, but she learned how to make it. She tried about 20 different ones until we found the best one and perfected it.”

If you like this, read: Must-have milk cake at Si Señor Peruvian Sandwiches