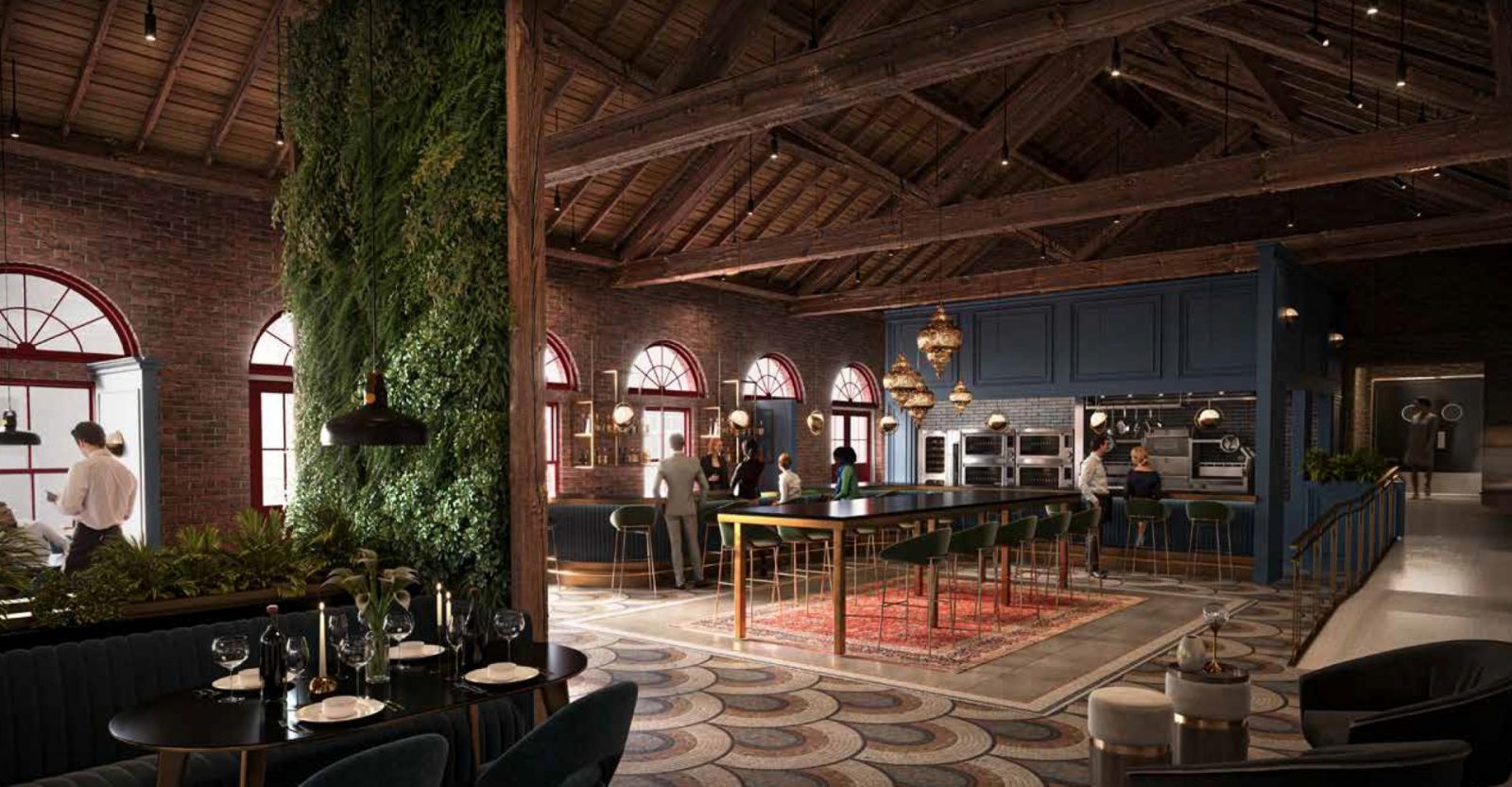 The former location of the Hoster Brewing Company has been dormant in the city’s Brewery District for years. But now, a new redevelopment project is planning on bringing it back to life.

Known as Front & Fulton, the project plans to bring a massive 25,000 square foot event space, 150,000 square feet of office space, residential lofts, three restaurant spaces, two bars (one of them a rooftop bar), a cafe, and more to the historic site, located at 477 S. Front St.

The mixed-used redevelopment, which will cover over 250,000 square feet in total, is slated to be completed in 2023.

According to Ross Lanford, senior vice president at the Columbus branch of Colliers International, the real estate group behind Front & Fulton, the restaurant and bar spaces within the historic redevelopment are available for lease. This means we’ll begin to get a picture of the space’s retail landscape as soon as tenants sign on.

The upcoming construction of a new Front Street Bridge alongside the reconfiguration of an exit off  I-70/71 will allow for easy access to the development.

With a handful of new feature spaces, it’s easy to overlook another hallmark of the former Hoster Brewing Company complex: its historic charm.  According to Lanford, Front & Fulton plans to embrace the unique, storied past of the building into its interior aesthetic.

“[Front & Fulton] is a redevelopment, it’s a unique space that you don’t see all that often. We’re essentially recreating a historic landmark,” Lanford said. “It’s a space with character that can’t be replicated. You add that to the great location, and you have something really special.”