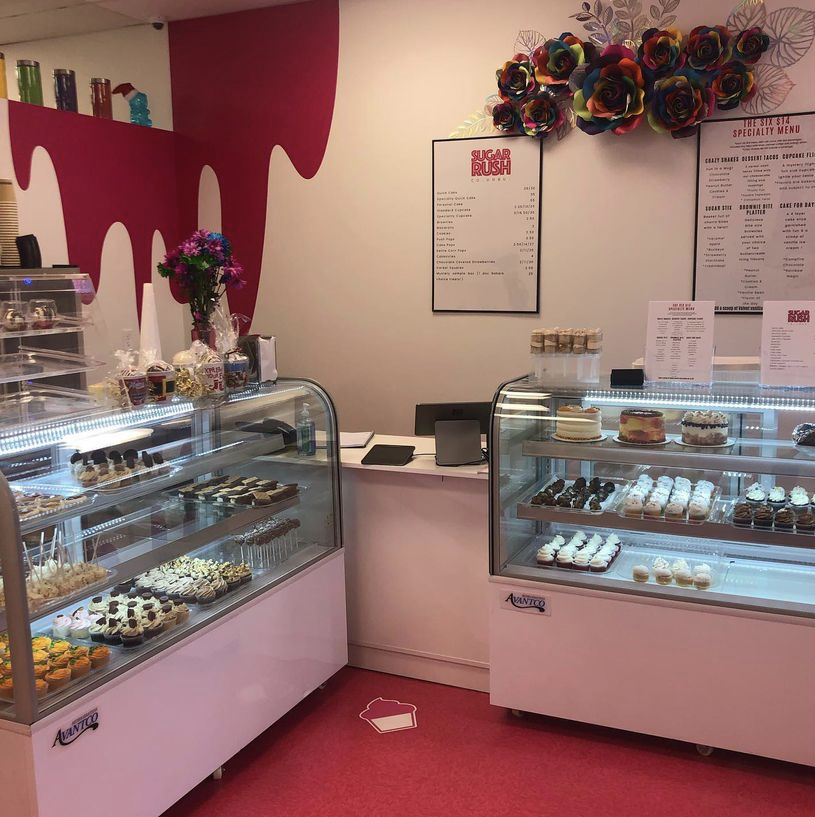 The largest Nepali-owned grocery store in the United States, complete with Nepali restaurant and bar, is now open in Pickerington

Sugar Rush is in a unique position, both physically, and figuratively.

The bakery known for its wild desserts and inventive customs cakes is located at 8130 E. Broad St., which places them soundly in Reynoldsburg. Unlike Columbus, Reynoldsberg is not enforcing an indoor mask mandate.

However, according to owner Amanda Miller, due to the health department’s jurisdiction, the Columbus indoor mask mandate does apply to Sugar Rush.

This is causing handful of angry customers to lash out, in more ways than one.

“We have signs on the front of the building, and we explain to anyone who asks. But there have been a lot of issues lately,” she said. “They either think I’m taking a personal stance, or I’m lying. And it’s neither; we’re doing what we have to do.”

So far, Miller and her staff have experienced lost business, verbal altercations, and even a litany of negative reviews on Yelp and Google stemming from the issue, ones she doesn’t believe are legitimate.

“In this day and age, your online presence really affects your business. It’s an attack,” she said. “We’ve tried to get the reviews taken down, too, but so far nothing has been done about them.”

And that’s not where it ends, either.

“Just the other day, we had someone cuss out and berate one of our underaged employees because they were unhappy about the mask mandate,” she said. “It seems like it’s ramping up too; it’s getting out of hand.”

Miller also cited an incident where a potential customer, after learning she was required to wear a mask inside the door, began screaming repeatedly at a number of employees before leaving Sugar Rush.

The Reynoldsburg bakery owner also recognizes that the issue is a complex one. She believes it’s due to many being caught off-guard and told they’re required to wear a mask when they aren’t expecting it.

For other businesses in Columbus proper, where many patrons understand ahead of time that they’re required to don a facial covering, restaurant owners overwhelmingly reported neutral or positive responses to the mandate when contacted by (614)now.

“Generally speaking, our guests have been very supportive of us and the mandate,” said Brian O’Malley, owner of Kitchen Social. “While many may disagree with the ordinance, and a few have left due to our requests, we have not had any confrontations.”

Similarly, the popular downtown brewery and restaurant Wolf’s Ridge announced a company-wide mandate requiring all employees to receive COVID vaccinations, a move that has largely been received well, according to co-owner Bob Szuter.

“We only announced it recently, but the responses we’ve received have been really supportive,” Szuter said. “We would have been happy with a neutral response.”

If you like this, read: Here’s why this mask mandate is more complicated than previous ones for Columbus restaurants