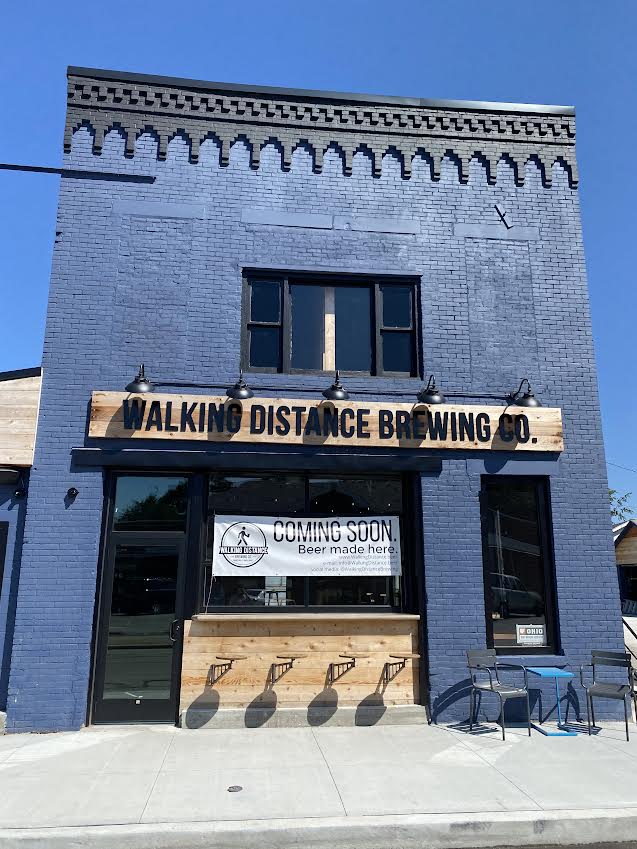 It’s likely that before September ends, Walking Distance Brewing Co. will be open and ready for your business. The forthcoming Marysville brewery and taproom has been in the works for some time, so this is news we’re ready for.

And to hold our readers over until opening day comes, we popped in on the Union county beer-makers as they were putting the finishing touches on their brewery—located at 222 E. 8th St. in Marysville—to grab an exclusive sneak peek of what patrons can expect in the near future.

Walking Distance—named for its location just off Marysville’s main drag—will operate out of a sleekly redesigned historic building.

The Brewery’s taproom contains 1,200 square feet, with both table and and bar-style seating options. The exposed 450 square foot brewery space will allow customers to take a look in on the beer-making process as well.

Walking Distance will feature 17 total taps. According to co-owner and head brewer Teddy Valinski, it will also focus on sourcing local ingredients as often as possible. In fact, three of their first beers will be crafted entirely from Marysville-grown grain and hops.

And if outdoor sipping is your thing, the brewery has you covered there as well. Its 1,100 square foot patio offers extensive seating option and even giant Jenga.

If you like this, read: New brewery opens in Gahanna