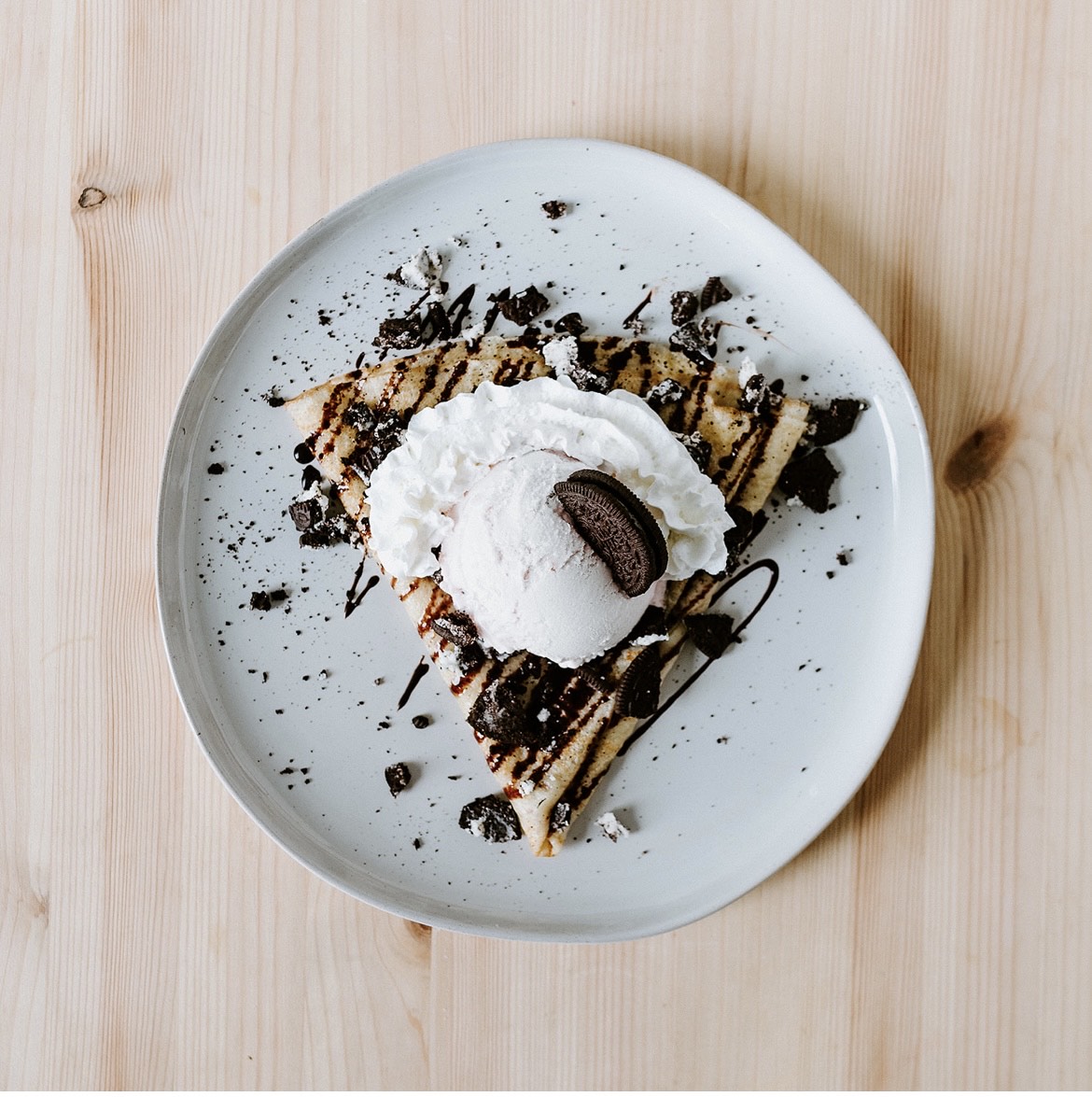 Crepes on crepes are coming to Columbus.

Fay’s Crepes recently announced their move to New Albany’s upcoming Bubbly Hall, but that’s not all that’s in store for the local eatery. They’re also preparing to open the first-ever standalone storefront for the business, which is likely to open early next month at Easton Town Center.

Fay’s first opened in 2019, but its interesting origin story goes back much further.  In 2018, owner Fayrus Abdi—who was born in Somalia, raised in Sweden, and attended school in London—decided to jettison her career as a social worker to follow her true passion: food.

Abdi launched a small cafe in the Banadir Mall on Cleveland Avenue, but after a while felt like it was missing something.

“I noticed we didn’t have many desserts, and people wanted them,” she said. “We eat a lot of crepes in the Somali community, so I decided to make crepes. And they were a hit.”

And then Abdi did some thinking: Columbus had a bustling scene at this time, and there were places to buy crepes, sure, but there were very few spots focusing on the breakfast treats. This eventually led to Fay’s opening in Polaris at the end of 2019.

Currently, the creperie is operating via delivery only while waiting to open their new, standalone Easton.

Not surprisingly, Abdi’s top-selling creations are her decadently sweet flavors—such as a creme brulee crepe “cone,” banana and Nutella, strawberry and cream, and cookies n’ cream—all of which can be topped with a variety of sauces and even ice cream.

It isn’t just dessert crepes that Fay’s offers, though. Abdi has rolled out savory varieties like Chicken Florentine (their most popular), a spring veggie crepe, and a chicken and waffles dish that will become a permanent fixture on their new Easton menu.

And for Abdi, while serving up some of the best crepes in Columbus is rewarding work itself, she hasn’t forgotten her roots. The social worker turned restaurant owner strives to be a mentor for the large Somali population calling Columbus home.

“I’m an example for my community. For little girls, for Somali girls who want to go out and do something like this,” she said. “If you’re a female, if you’re Black, if you’re a mother, if you’re Somali; I’m all of those things, and I’m here now.”

If you like this, read: Meet one of the new vendors coming to Bubbly Hall in New Albany