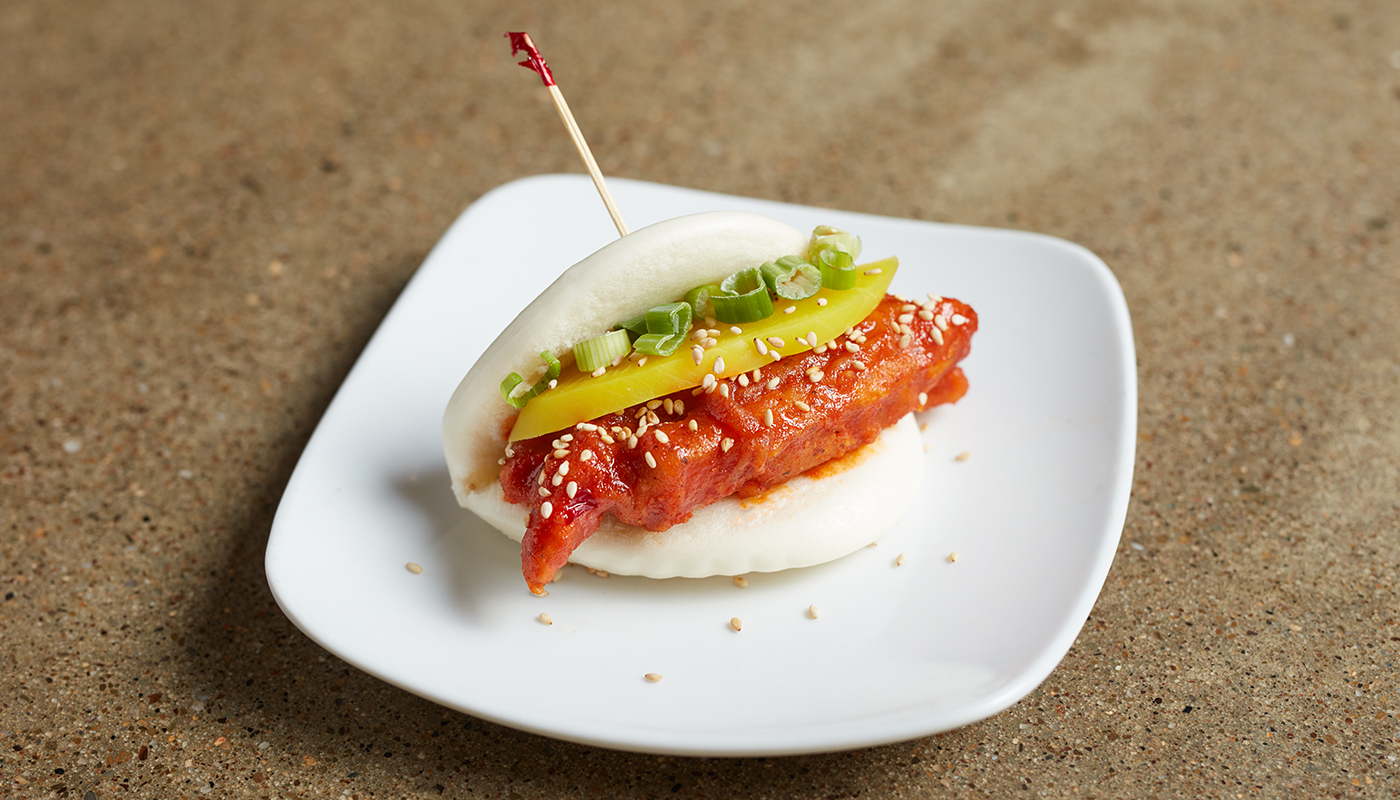 Save room for these Restaurant Week desserts

It’s not July without fried chicken, Firecracker Popsicles, and pie. And while they might not be in the forms you’re used to seeing, both of these make an appearance in the list we’ve put together of new Columbus dishes you need to try. They join a handful of other delicious and inventive late-summer eats that we just can’t get enough of. Here’s what’s on your plate.

Ninja City and its hip brand Asian fusion cuisine hails from Cleveland, but now that they launched a Columbus-based ghost kitchen earlier this month, it’s our turn. And while they serve up a variety of creative bao—decadent sliders on soft, steamed buns—their Korean Fried Chicken option is a must-try. Featuring crispy fried chicken tossed in house-made gochujang sauce and topped with pickled daikon, sesame seeds, and scallions, it’s a fun, decadent blend of flavors and textures that we’re all about.

Every so often, a new dish comes along that’s both simple, approachable, and somehow groundbreaking at the same time. Woodhouse Vegan’s pie fries are that dish. Crisp, golden slices of pie crust that are maple-glazed and dusted with raw sugar do their best French fry imitation in this standout summer treat. Served with a side of fresh peach cream for dipping, these pie fries are a must try.

With the venerable Ray Ray’s Hog Pit rolling out a brand-new brunch menu this weekend, it was hard to pick just one dish here. But when we thought of Ray Ray’s signature smoked meat going into a fresh sausage gravy, we knew this was the one. The Columbus barbeque icon didn’t try to reinvent the wheel with this one, but they added just enough of that pitmaster flair we all know and love to call it their own.

And speaking of brunch, if it’s a breakfast sandwich you’re after, Emmett’s Cafe is the place to be. In addition to their already-stacked lineup of them, this Brewery District eatery just introduced The Lox, which features smoked salmon, juniper-dill cream cheese, egg, arugula, pickled beet and red onion, served between two mouth-watering slices of focaccia bread from the Columbus-based Matija Breads.

This Summer, Jeni’s is releasing an entire line of new ice cream flavors inspired by the ice cream trucks we all knew and loved growing up. While you should keep an eye out for all of them, the first release, Rocket Pop, is ideally suited for a muggy summer night in the Midwest. Crafted after the iconic spaceship-shaped popsicles that stained the hands and lips of countless kids, this new ice cream combines flavors of blueberry and pineapple in a frozen treat that is both sweet and tart.

If you like this, read: The Weekender: Three places to score a smash burger