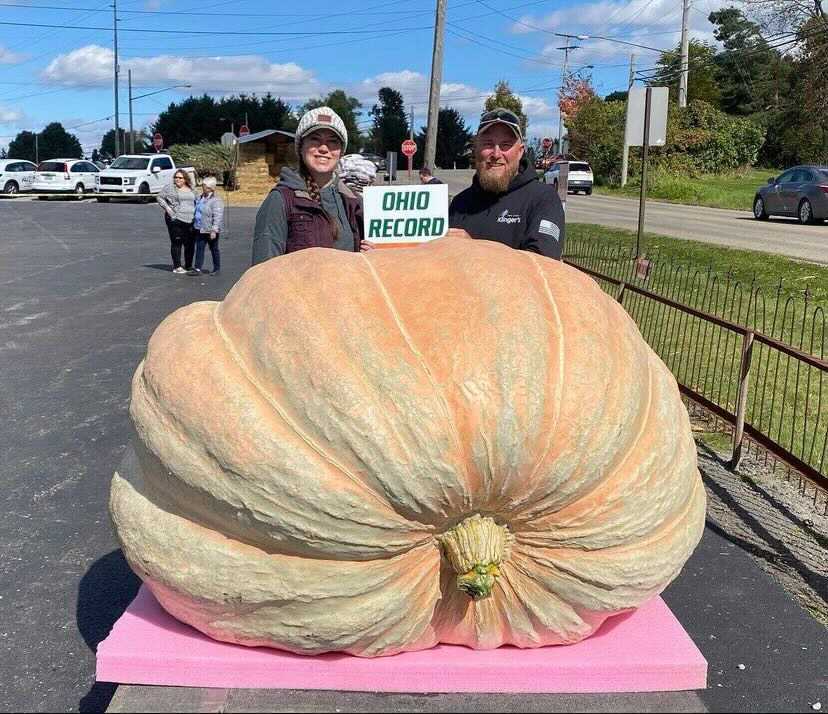 Police on the lookout for Croc-wearing Clintonville liquor thief

While the Circleville Pumpkin Show grabs most of the headlines, a pumpkin larger than any the show has ever seen was quietly grown this year in Ohio.

At the Ohio Valley Giant Pumpkin Growers annual weigh-off, which was held on Oct. 8 in Canfield, a Portage County resident named Doug Kisamore not only topped the 2,000 pound mark with a pumpkin, he set a new Ohio record.

His pumpkin, which he grew on his property in Diamond, Ohio, tipped the scales at 2,195.5 lbs.

“It was awesome, that was my goal coming into the season. I really wanted to set the state record,” Kisamore said. “I grew two pumpkins over 2,000 pounds last year.”

Although Kisamore’s family has been growing giants since the 1990s, he didn’t embarked on his record-setting quest until four years ago, noting the hobby quickly became a passion.

“When you see a pumpkin grow 50 pounds in a single day, you’re hooked,” he said.

Kisamore has begun selling the seeds of his giant pumpkins for those who are interested in growing their own. You can purchase them here at the website for his business, Megapumpkins.

And if you’re interested in seeing the pumpkin firsthand, the good news is that you don’t have to drive over two hours to Canfield, Ohio. The pumpkin–which was professionally carved–is currently on Display at The Great Westerville Pumpkin Glow, which runs from Oct. 19-23. You can find tickets here.

Editor’s note: While a pumpkin weighing 2,405 pounds was crowned at the Barnesville, Ohio Pumpkin Festival this year, it was grown in Pennsylvania, making it a record in that state.