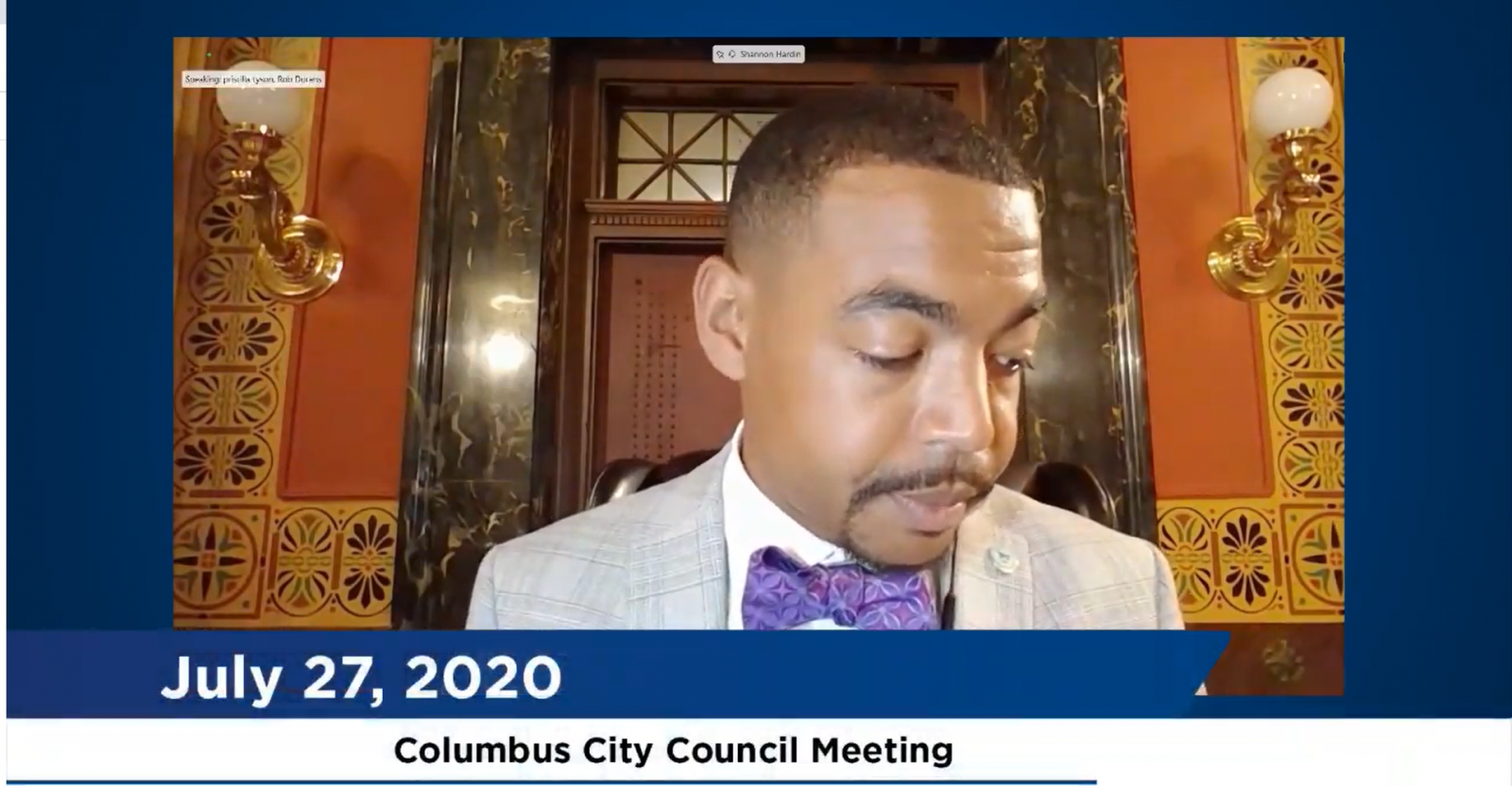 Mayor Andrew J. Ginther opened a loaded, 21-page agenda meeting of Columbus City Council Monday night by making it clear that people knew the capital city is the only major city in America without civilian oversight of police.

Those were a few of the last words heard from Ginther, and about the fourth-to-last ordinance, that was brought before City Council for vote Monday during a six-hour marathon Council meeting that saw multiple agenda items pass.

The meeting was packed with issues all over the political spectrum, a common occurrence in 2020. Here are some of the most important ordinances that were voted on and what it means for the city.

Councilmember Priscilla Tyson introduced a resolution to express support for the CROWN ACT (Creating a Respectful and Open World for Natural Hair) to protect Black Americans from race-based hair discrimination. The resolution was adopted.

“These issues don’t stop in the adult and professional world,” Councilmember Shayla Favor said, who co-sponsored the resolution.

The legislation to increase the city’s $2.6 million on CARES spending for rental assistance programs to $10 million was passed. The money is being funded to IMPACT Community Action to expand the work of the Hope Group, which has assisted over 600 families in need so far.

“We cannot let up on our efforts to keep people safe and housed during this public health emergency,” Councilmember Favor said.

Those in the City of Columbus will need to conform to orders of the Ohio Department of Health to wear a facial covering in order to further reduce and prevent the spread of COVID-19. The ordinance will also allow for enforcement and assessment of a civil penalty by Columbus Public Health for a violation of the mask mandate.

The legislation to move the bar and restaurant closure time to 10 p.m. was passed on Monday night, 10 minutes after 10 p.m.

A counterpoint to closing down the bars and restaurants earlier is how much those businesses have invested into the safety protocols.

An example that was brought up was that taking away one or two hours for an hourly hospitality worker took anywhere from $800 to $1,700 from a certain owner’s employees.

City Council passed legislation to establish a civilian vote on an independent Civilian Police Review Board to “receive, initiate, cause investigation of, subpoena and compel evidence relevant to; recommend discipline; and resolve complaints filed with it or initiated by the Board alleging misconduct by sworn members of the Columbus Division of Police.” The legislation would also establish a Department of the Inspector General. The people of Columbus will vote on this issue on the Nov. 3 ballot.

Council President Hardin said the reimagining public safety package is the “most substantive change to public safety I’ve seen in the past decade.”

Council passed legislation to update the purchasing code of Columbus police, which includes the banning of the purchase of military-style weapons such as tanks, weaponized aircrafts vessels, ammo of 50 caliber or higher, and mobile phone signal blockers.

Legislation was passed to “adopt rules and background standards to prohibit candidates for employment with the Division of Police from associating with or affiliating with hate groups.”

“This legislation could face legal challenges,” Councilmember Favor said in referring to the slippery slope of how a hate group could be defined.

REWRITING THE CITY CODE FOR REUSE MANAGEMENT AND ENFORCEMENT—PASSED

Legislation for stricter punishments on illegal dumping finished off the marathon meeting. It was passed. Save the best for last. Good night.

The meeting was recessed instead of adjourned in case any other issues needed to be brought up between now and the next meeting, which will take place on Sept. 14.