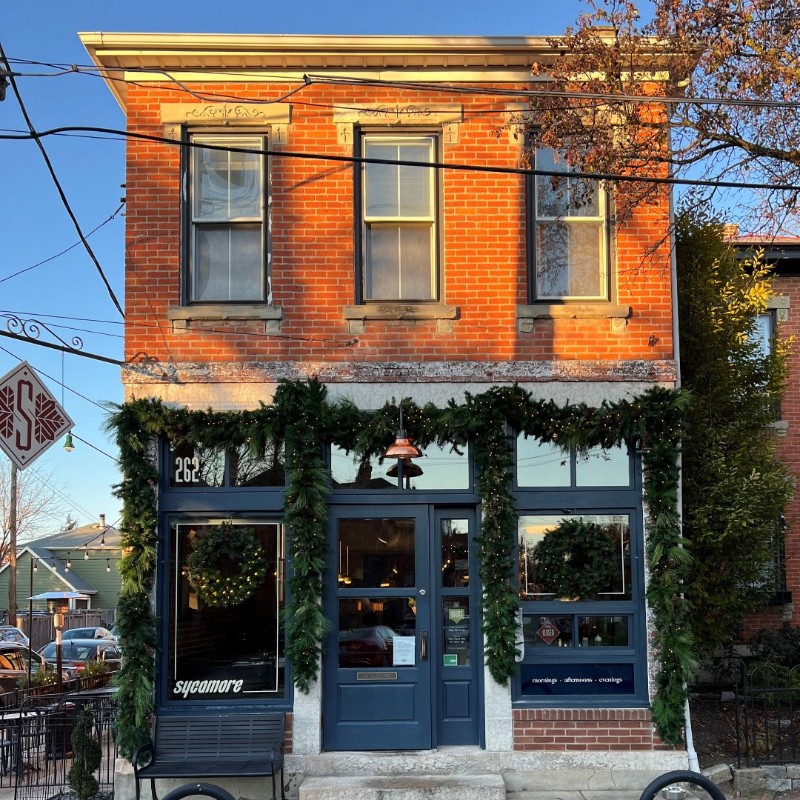 Columbus restaurants have fallen victim to a recent wave of robberies, with even some of the more popular eateries in the city, like Chocolate Cafe and La Chatelaine French Bistro and Bakery, aren’t immune.

You can add The Sycamore to that list, as well. The popular German Village spot, though, is spinning the situation into a positive one.

“Last night around 3am, someone smashed our front window, climbed in, and tried to break into our cash registers,” a from The Sycamore reads. “No one was hurt and it seems like nothing was stolen, but it was still jarring for all of us.”

The restaurant posted photos of the boarded-up front door and employees sweeping glass from the front of the building as well.

The Sycamore then decided it would use the event to make a point, and spread positivity through the Columbus community, according to its Facebook statement.

“We’re the latest in a string of these sort of restaurant break ins around the city. We know that the issues that cause this type of crime are complex, and we certainly don’t have the answers,” the statement reads. “But we’ve always wanted to be a place of kindness in our community so today we are going to donate 10% of our sales to the Mid-Ohio Food Collective, and turn a rough-start into some positive energy.”

Other restaurants such Chocolate Cafe and Basic Biscuits, Kindness & Coffee also expressed gratitude for the community’s response after they had been broken into. So while the city still faces a streak of serious crimes, it appears Columbus restaurants are doing their part to keep the community uplifted at the same time.

If you like this, read: Another popular Grandview restaurant was broken into, robbed of entire cash drawer