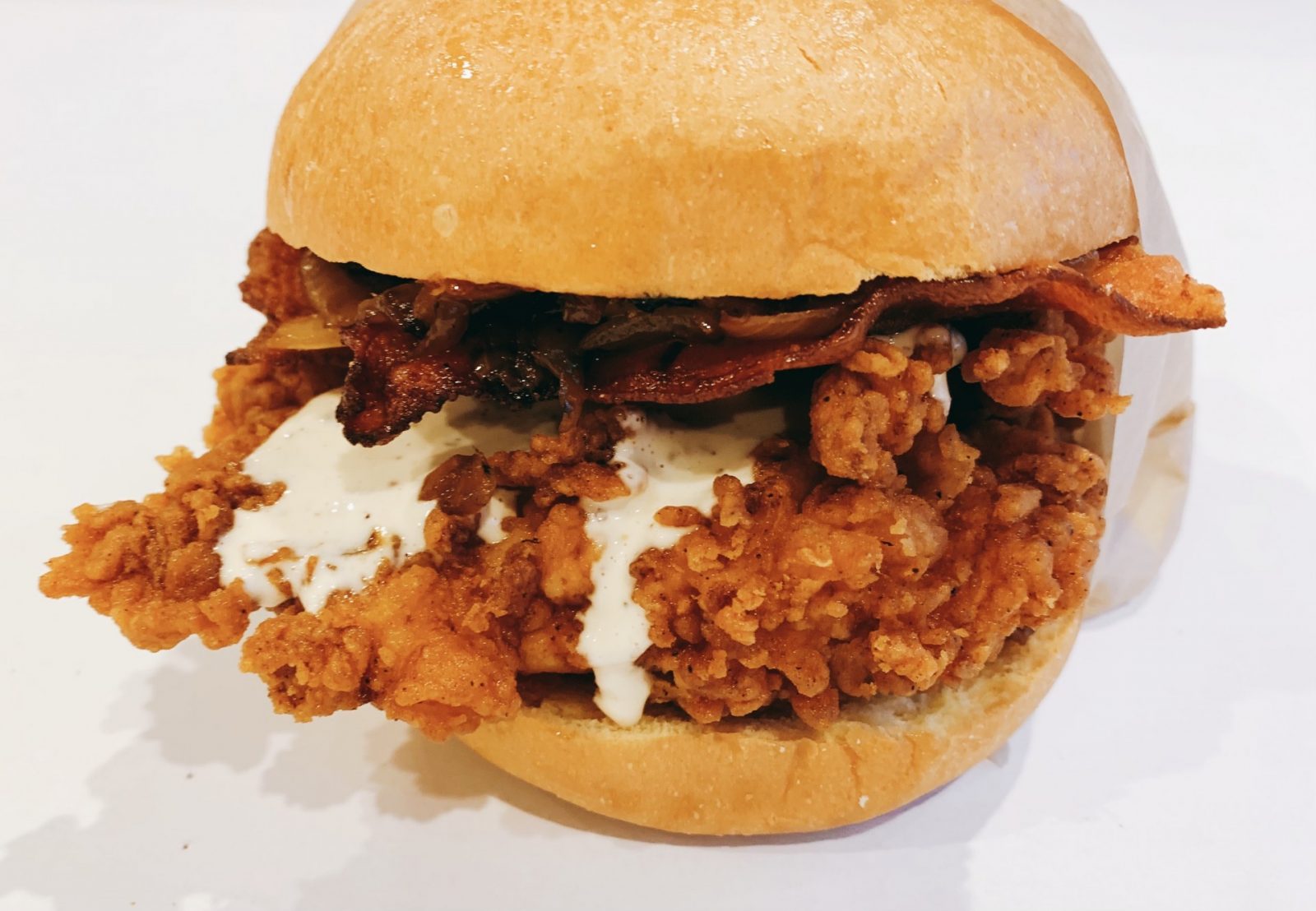 Sure, February is the shortest month of the year. That doesn’t mean it isn’t still packed with all sorts of mouth-watering new menu items from some of the best restaurants in Columbus. While it’s just not possible to tell you about everything (and believe me, we’d like to), we’ve put together a list of our favorite new dishes to come within the last month, spanning a range of different cuisines and restaurant types. Dig in!

Even in its most basic form, a steaming bowl of pho is one of the best meals to combat the frigid stretch of winter we’re facing. Add a braised beef rib that’s spent four hours soaking in pho broth, and you have something truly special. This indulgent, deeply savory dish is served over rice noodles with garlic vinegar and Thai chilies on the side. You can only catch this one at Lan Viet’s newly-opened location in North Market Bridge Park.

A popular Japanese dish meets talented American butchery, and the result is this fantastic new sandwich from the chic Grandview eatery Cleaver. Featuring tenderized, fried pork cutlets (processed fresh next door at The Butcher & Grocer) with Napa cabbage and house-made tonkatsu sauce served on milk toast from the award-winning Belle’s Bread Bakery, this katsu sandwich presents flavors that are both totally approachable and beautifully layered.

What’s better than grabbing a table at Dublin’s rooftop bar and eatery, VASO, to take in the city from above after a long day? How about doing all that with some really, really good food. New to VASO’s menu is the Smoked Ahi Tuna, which features smoked, sushi-grade tuna served on top of a crispy rice cake, with a beet smear and pickled kumquats. So if the beautiful presentation doesn’t floor you right away, the standout combination of flavors and textures definitely will.

Did you really think fried chicken wouldn’t make an appearance on this list? Shame on you. One of the city’s hottest new pop-ups, Fried Chicka Bang, has done it again with this dish. The first of two new sandwiches to enter their regular rotation (including the Honey Bunny), the Alabama Barbie is a fried chicken sandwich complete with bacon and onion jam that’s also slathered in a generous serving of house-made Alabama white barbeque sauce.

This fun Columbus food truck has made a name for itself combining bold Greek and Mexican flavors into exciting dishes, and their newest over-the-top indulgence doesn’t disappoint. Featuring a massive, fully-loaded burrito encased in a deliciously crispy garlic grilled cheese exterior, Macho Mama’s Grilled Cheese Burrito presents a medley of flavors and textures that’s  what you want when you feel the need to go all in.

Because most of us need to find more last-minute Valentine’s Day ideas, and all of us could use a little more dessert, it’s time to check out this eye-catching new flavor from one the city’s favorite small-plate specialists. Served as a pink gelato spotted with dark red cake chunks and beautiful white streaks, this romantic dessert from Lupo looks almost as good as it tastes. Almost, I said.